It all starts with the will to make a positive impact. We believe in a future where more entrepreneurs are empowered to make the world better for all.

It all starts with the will to make a positive impact. We believe in a future where more entrepreneurs are empowered to make the world better for all.

We exist to tear down the financial barriers of the past and unleash the power of entrepreneurship, by inventing the world's best financing solutions for tech business.

Too many great companies, with the potential to fuel economic growth and accelerate society, are stuck behind financial barriers of the past.

”We're on a mission to tear down entrepreneurs’ financial barriers by inventing frontier tech. And we’re hiring. Join us!"

We are gathering the best of the best in their respective field to reimagine, and reinvent financing for tech companies.

Welcome to our (your) Team!

We are building a team of people with a long devotion to building and growing companies. A team of founding entrepreneurs, experienced bankers and world class developers working together to reimagine financing for tech companies. Together we have years of experience from banking, entrepreneurship, deep tech and venture capital. We know what's needed to grow a company. And we know what's missing. 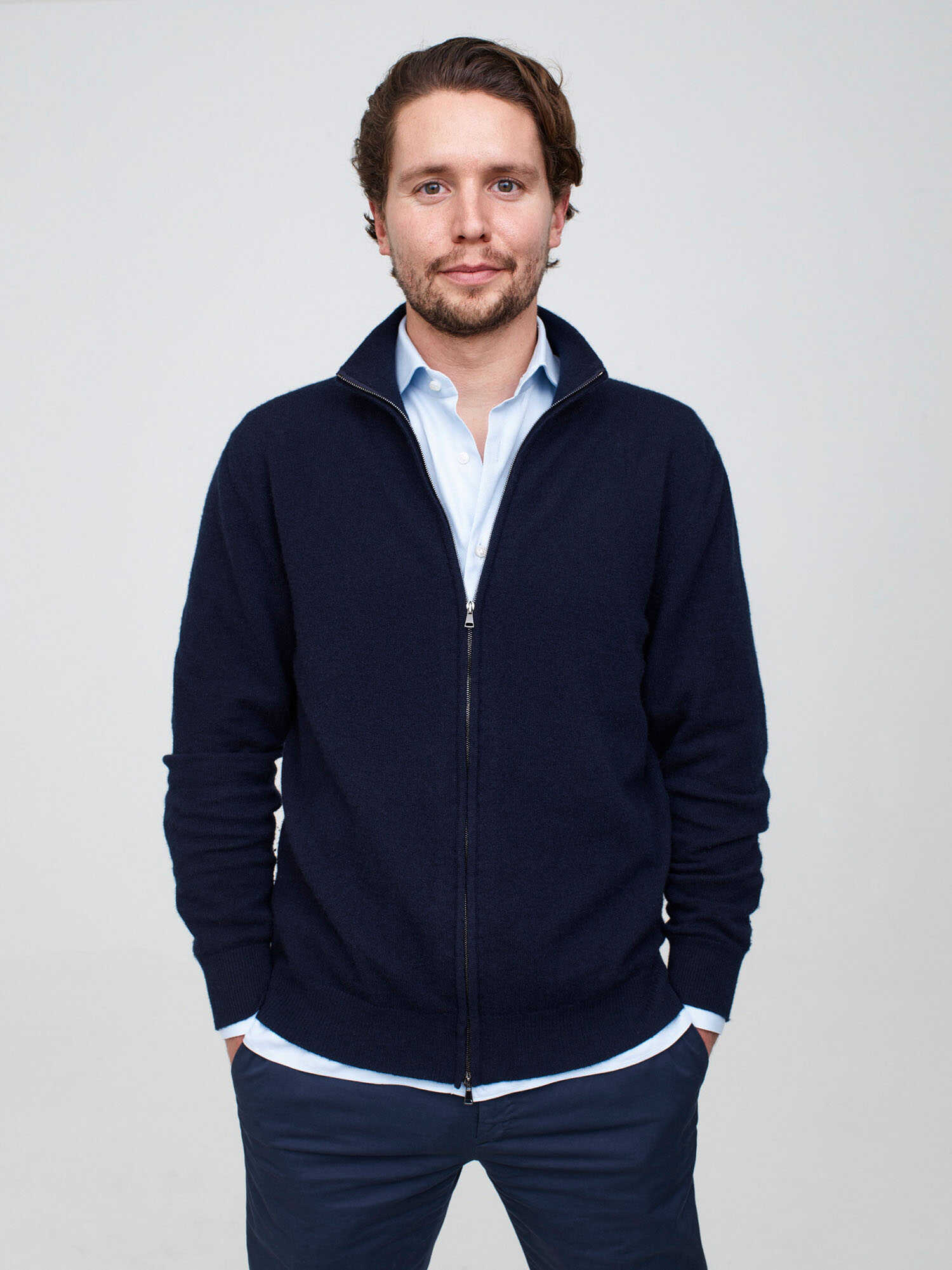 Oliver is an elite tennis player who dropped out of school at 14 to go pro. Only a couple of years later an injury put an end to pro-life and he became an entrepreneur. With his big love for building great teams; Oliver has now founded six successful companies. With Ark he founded what he never found. It's like a bank. But for entrepreneurs. 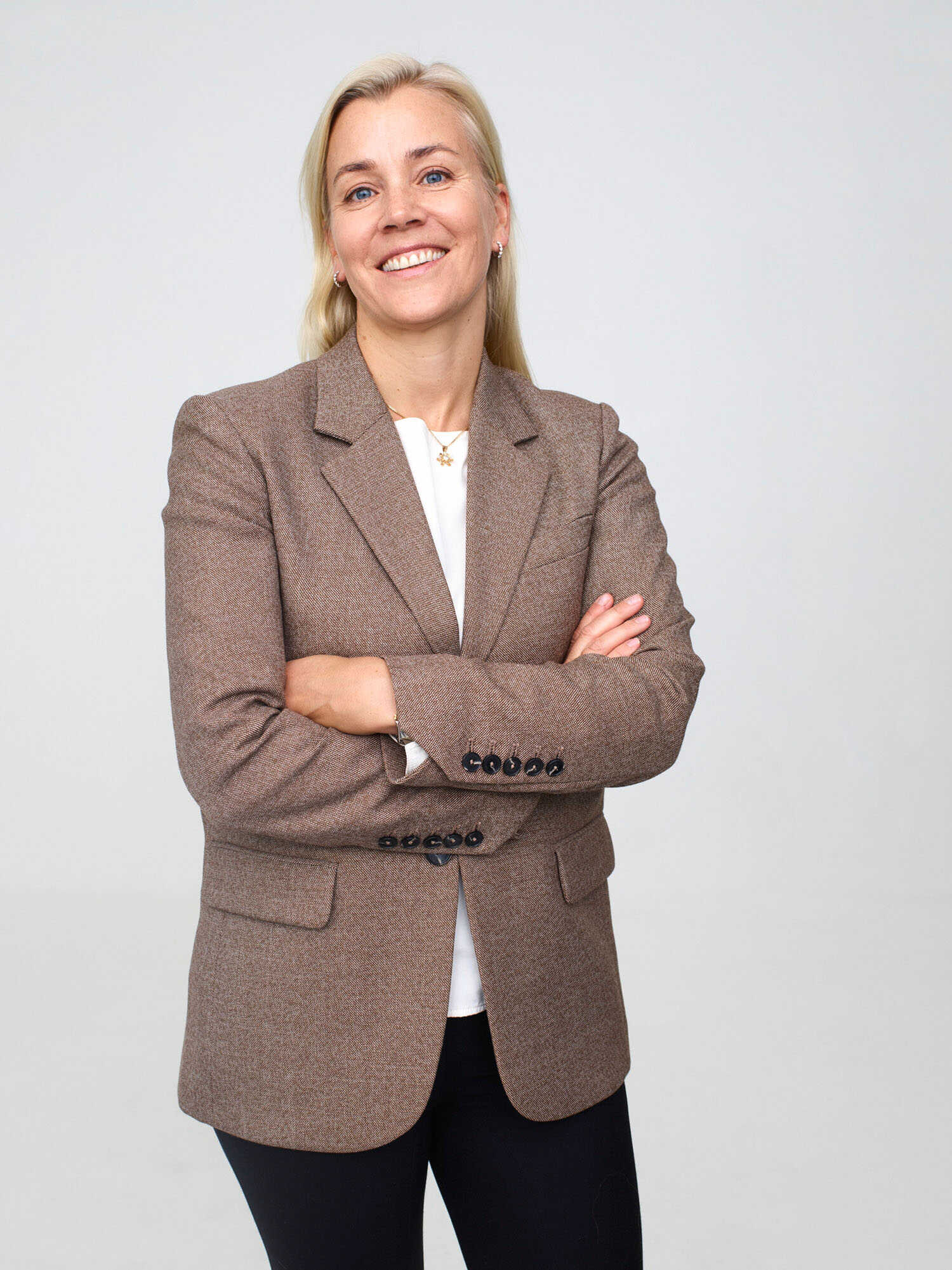 Julia studied Engineering Physics with Financial mathematics. She has over 15 years of experience from places like SEB, FCG and Hoist. Focusing on Risk, Treasury and everything about banking regulations. Julia is a true banker, now following her true calling – to empower entrepreneurs. 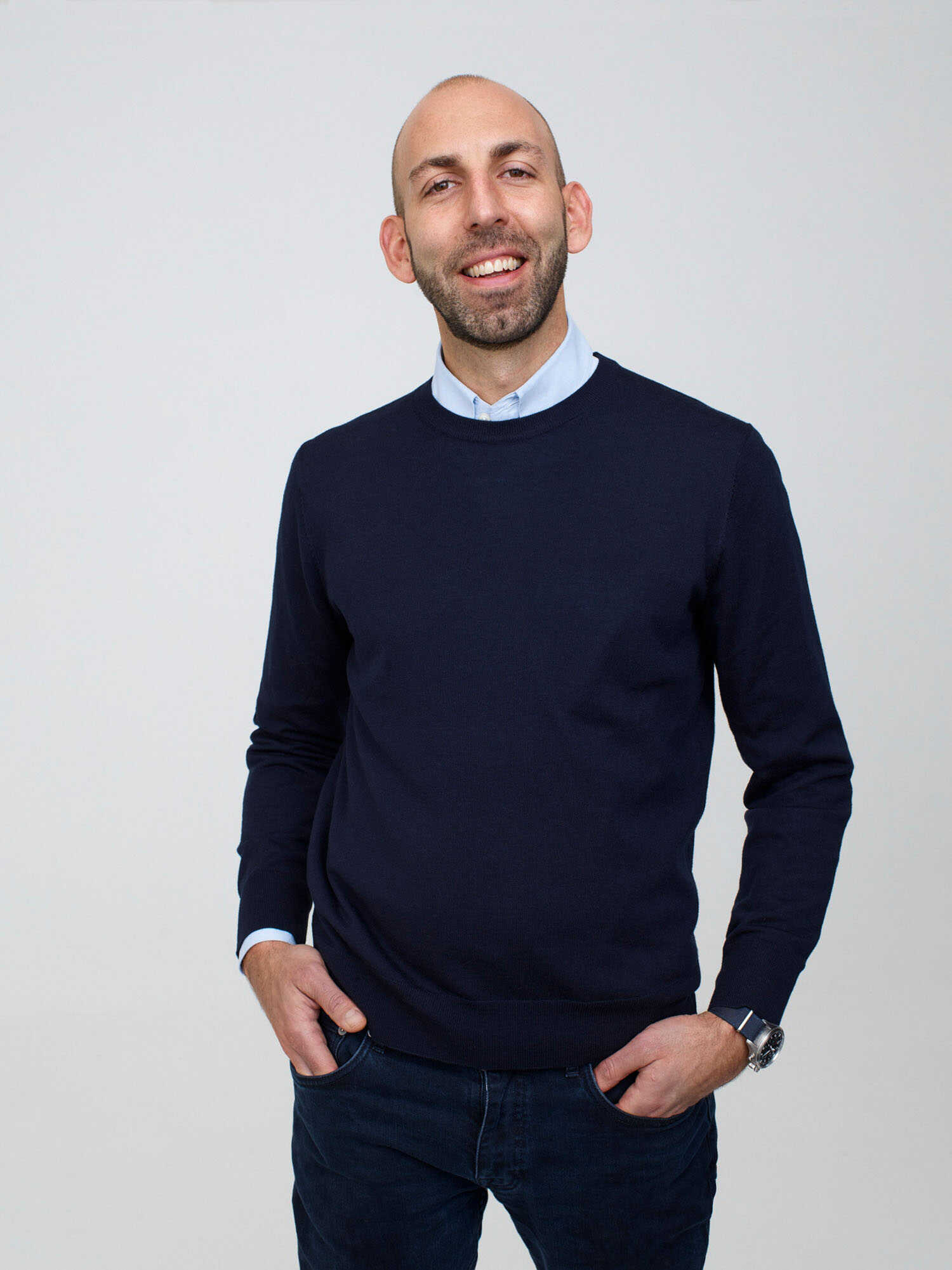 After graduating from Stockholm School of economics, but before co-founding Ark, Axel did something many believed impossible. He built a start up bank within a traditional bank - Nordea Startup & Growth. When others looked backwards, Axel was walking forwards, Ok, he's a banker, but he's our banker. 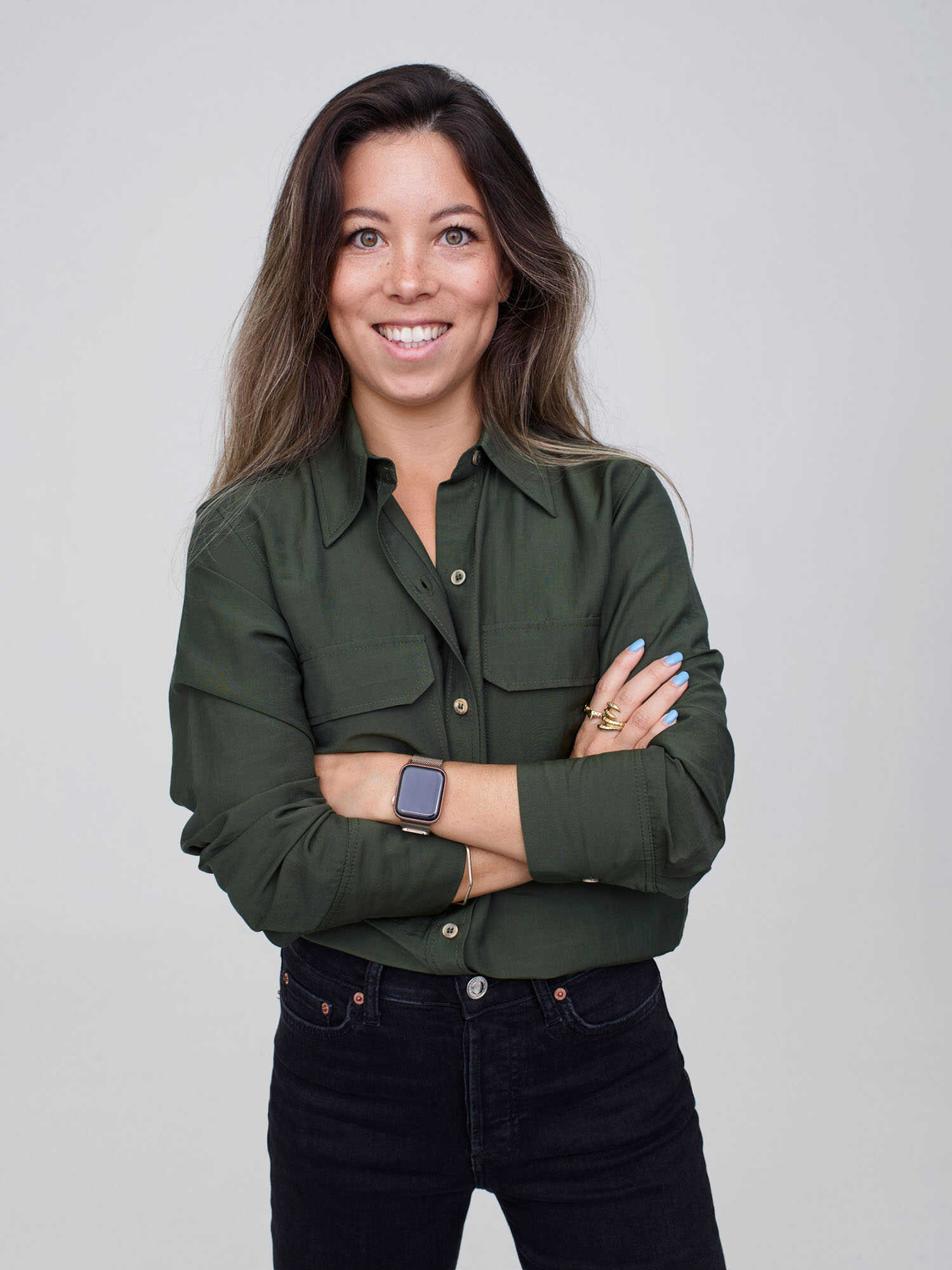 Elin holds a MSc in Engineering Physics with Computer Science and used to be Head of Motherbrain at EQT. She is a Full Stack Engineer, but full of passion for both business and people. A rare and perfect mix for leading our tech team at the frontier of financial tech innovation. 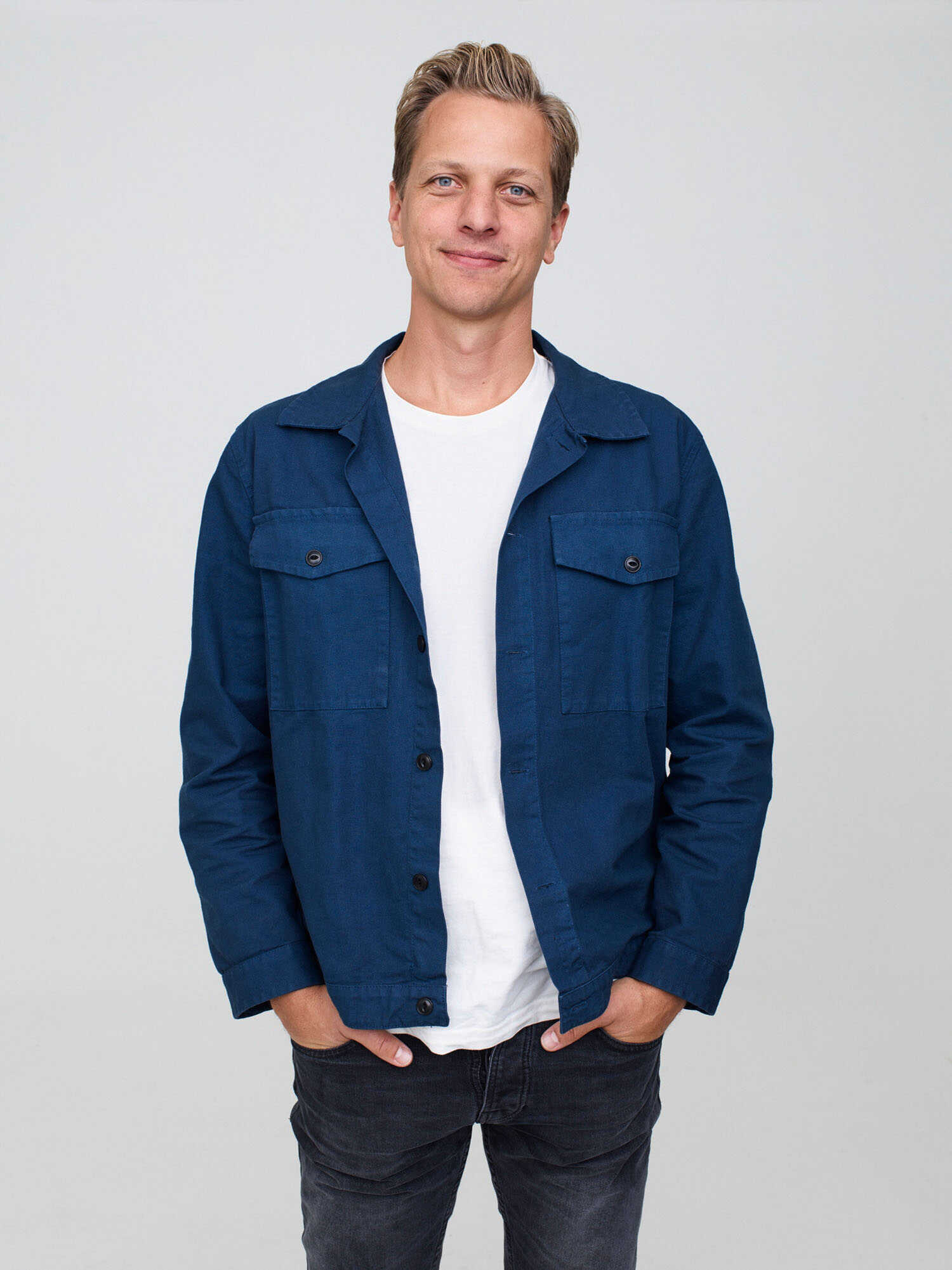 Leading up to co-founding Ark, Henrik spent most of his life trying to understand everything. He has a Master of Science in Industrial Engineering, he is the former VP of analytics at Spotify and a lead builder of the all-seeing Motherbrain at EQT, where he was also a founding partner. 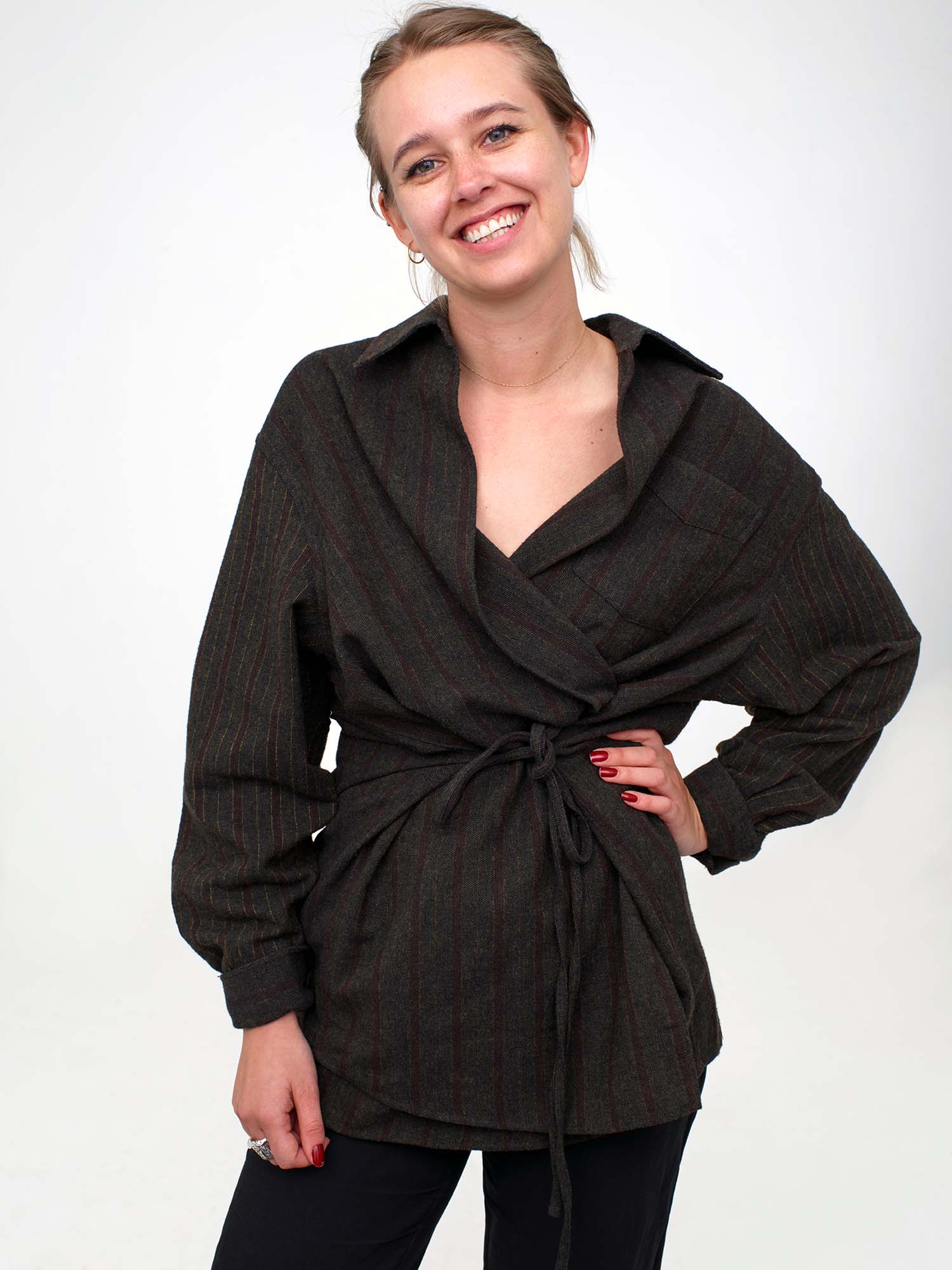 Rebecca is a former award winning ad-agency strategic planner turned CMO. She built the marketing department, and an in-house creative agency at disrupting insurance company Hedvig. And then re-built their brand experience to better fit peoples’ life of today. Rebecka doesn’t get stuck at first glance, she looks around the corner of obvious and beyond boring and complex. She’s looking for magic waiting to be created. 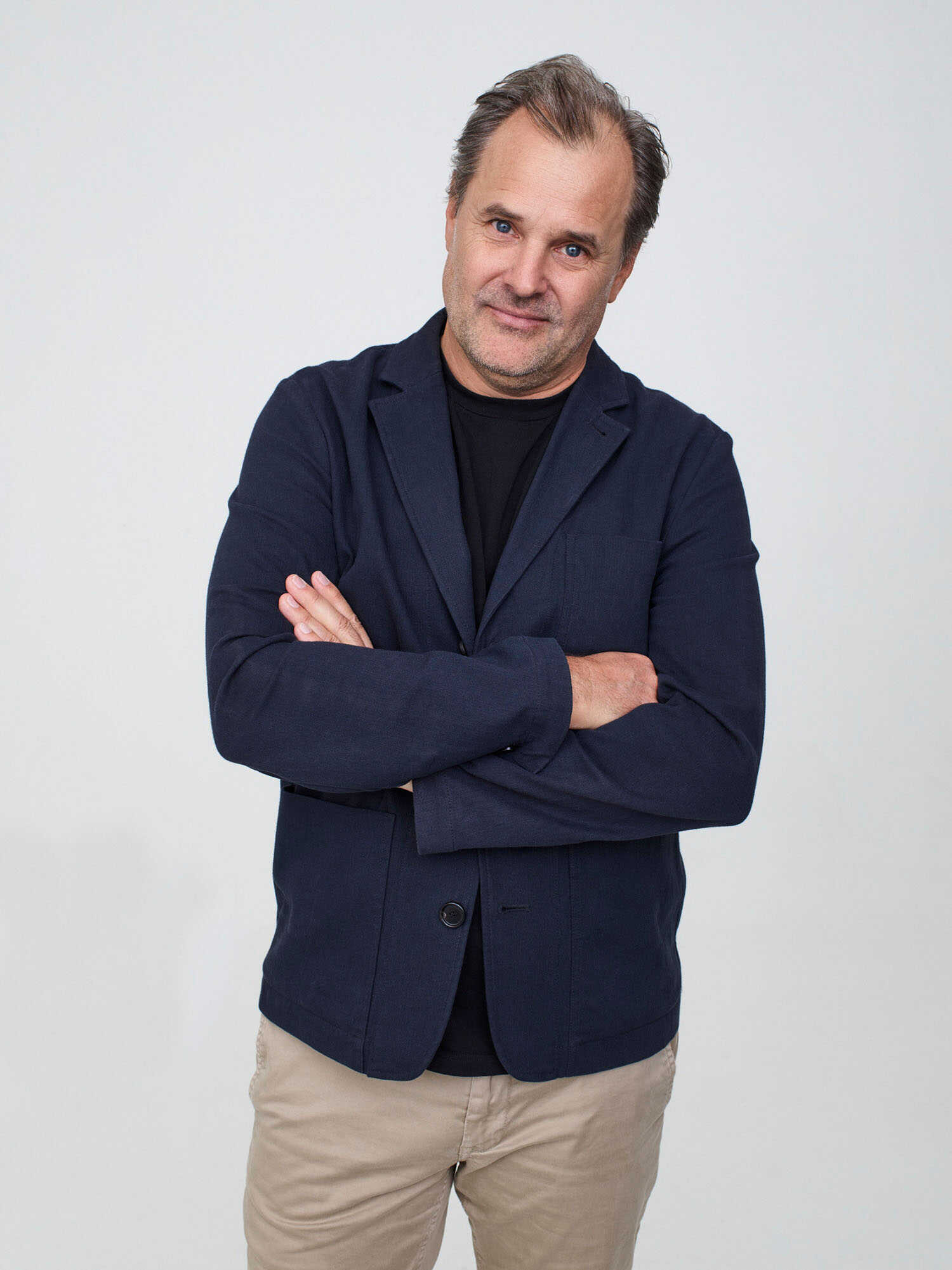 Investor & Chairman of the board

Imagine the possibilities if Hjalmar whispered in your ear. (Yes, it’s him, founder of Rebtel, Sendit, Epidemic Sound and EQT Ventures.) Now stop dreaming. He's with us, which means some of his wisdom could trickle down to you. We're happy to have him. 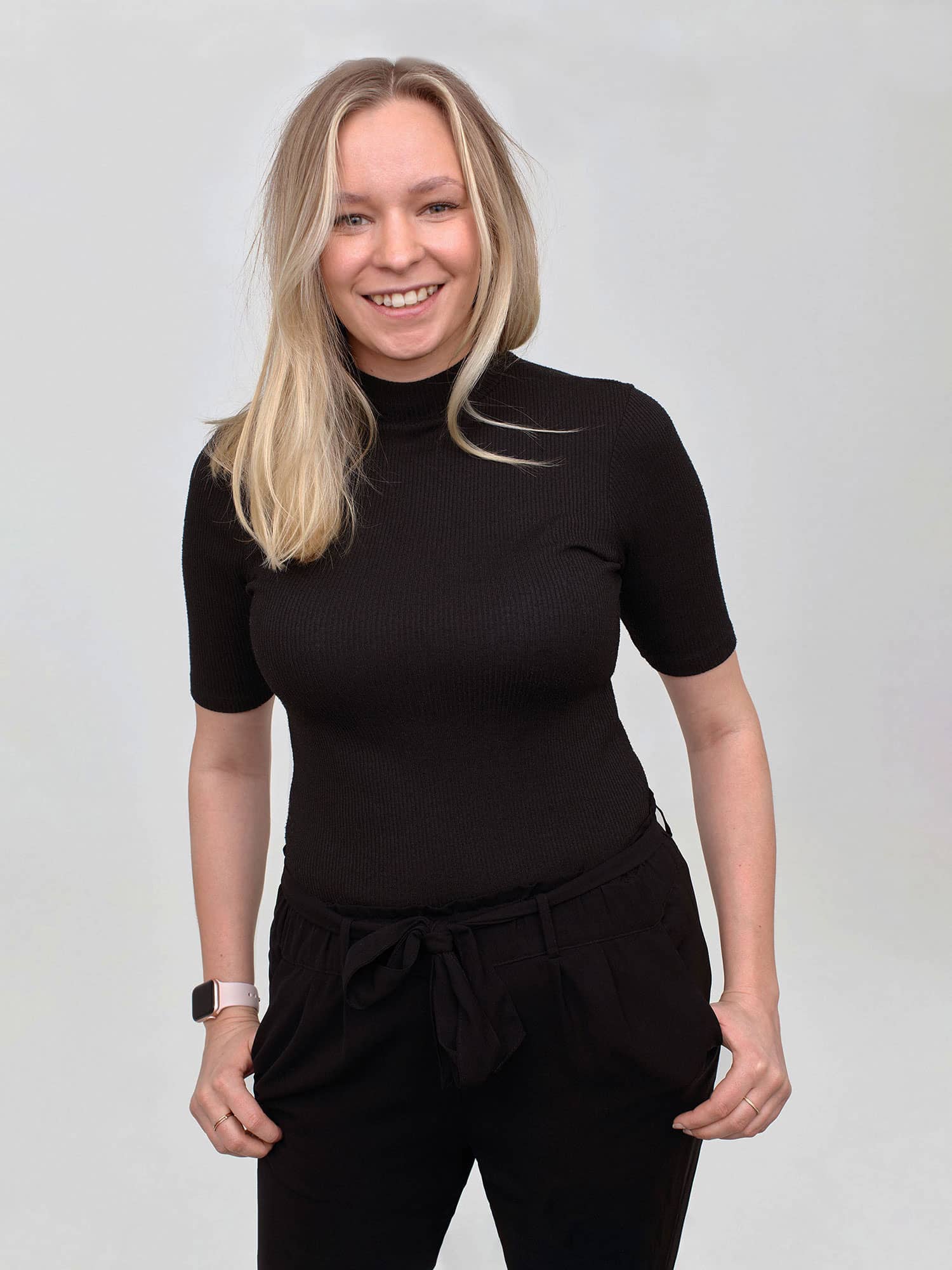 With a MSc in Computer Science & Industrial Management – Elin started her career at Tink, as the most overqualified customer support person in the world of start-ups. But she had a plan. Everything Elin learnt she poured into machine learning while building their ai. After being a key part in the data-science team at Anyfin, she’s now with us. And we are eager to learn. 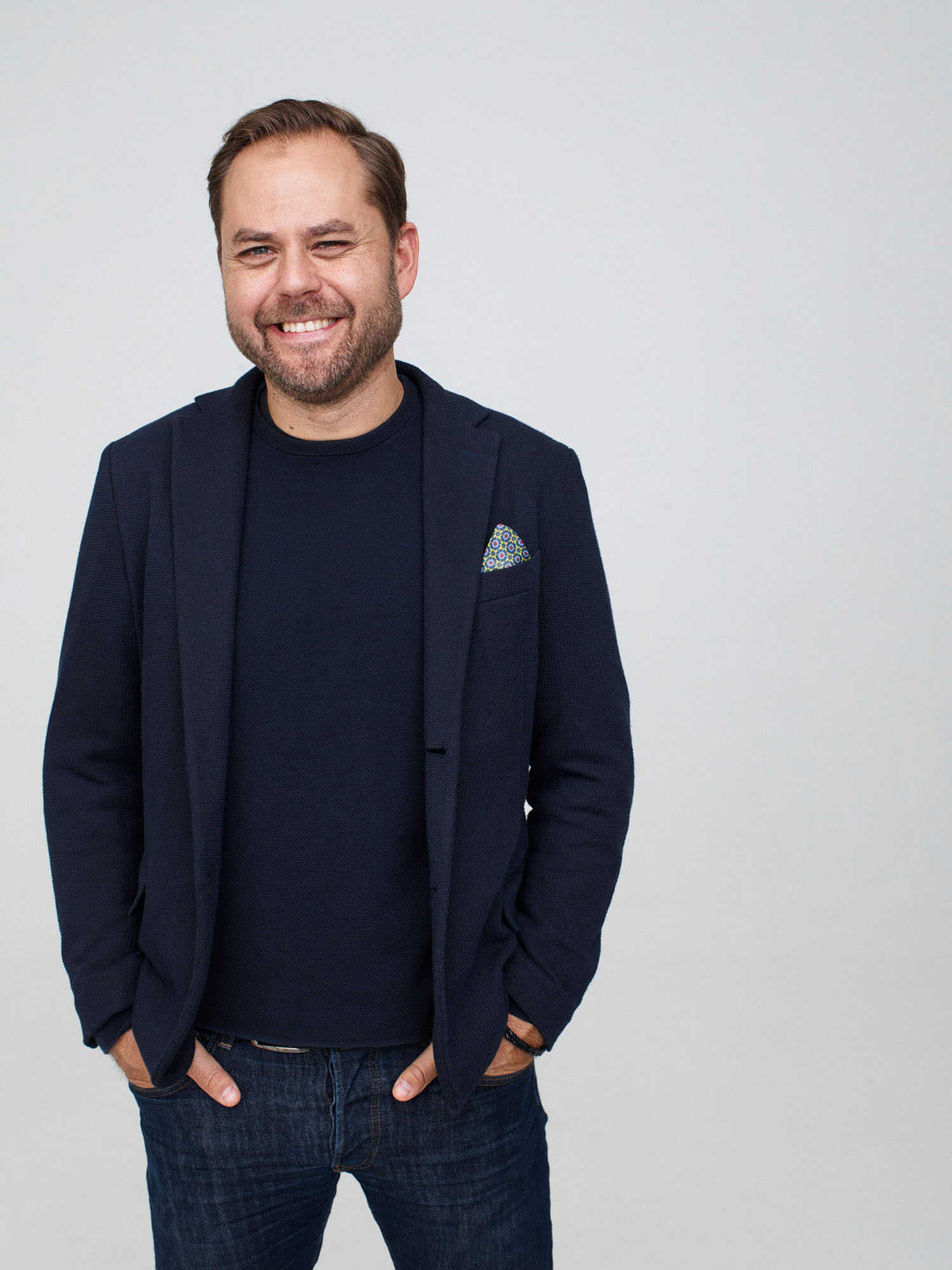 Tim has been around financing for a long time. He built up UC Riskperson, he used to be the Head of Credit at Skandiabanken and neo bank Nystart. He is known for inventing the word Neo-bank. Or, ok, he's not, but it very well could have been him. 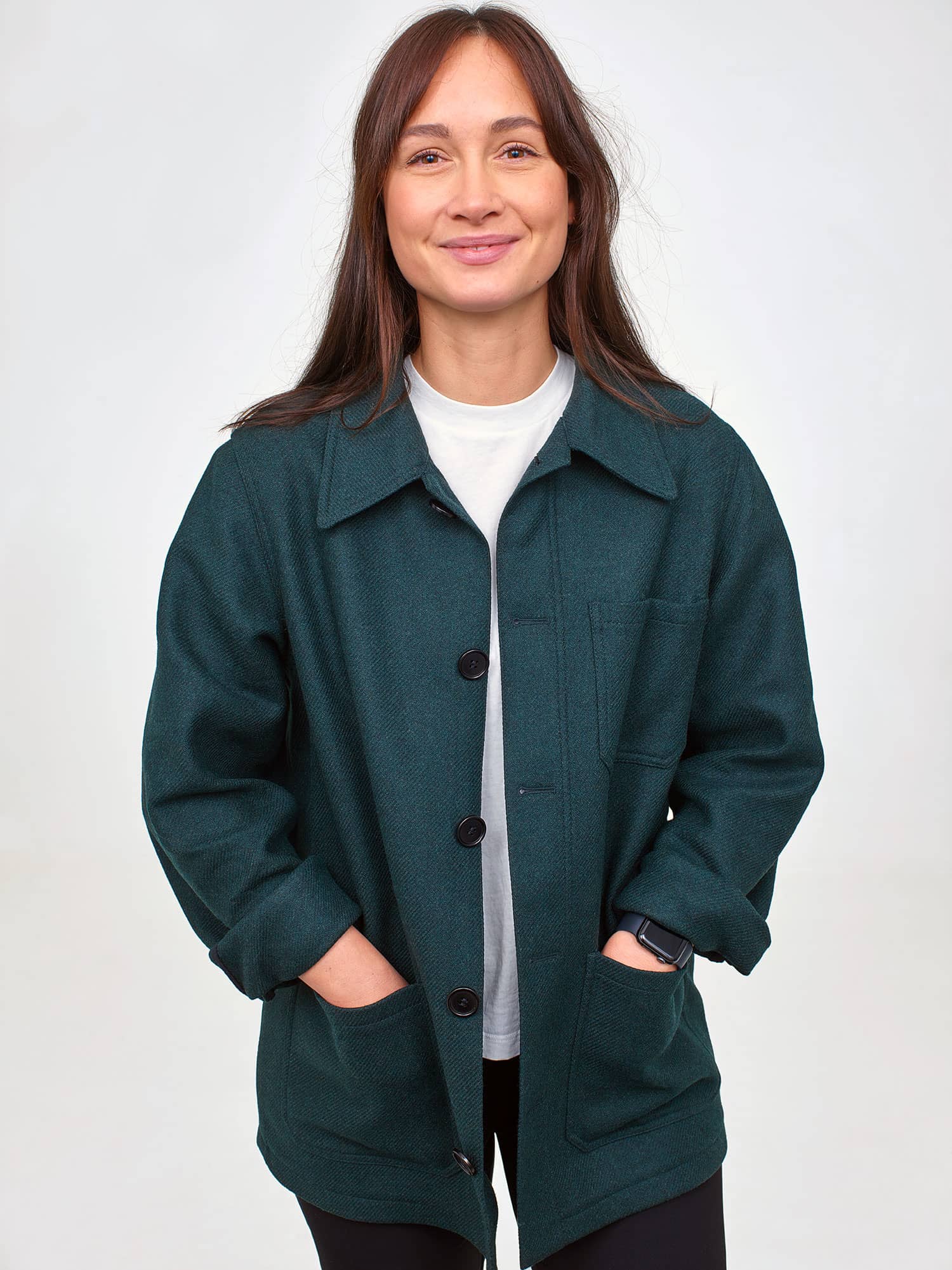 Amanda is a tech recruiter with clients spanning from Kry – Europe’s leading digital healthcare companyto Nasdaq. She has spend her entire adult life helping tech companies grow with the right people by finding and recruiting top tier techies. But we found and recruited her, imagine the possibilities with that! 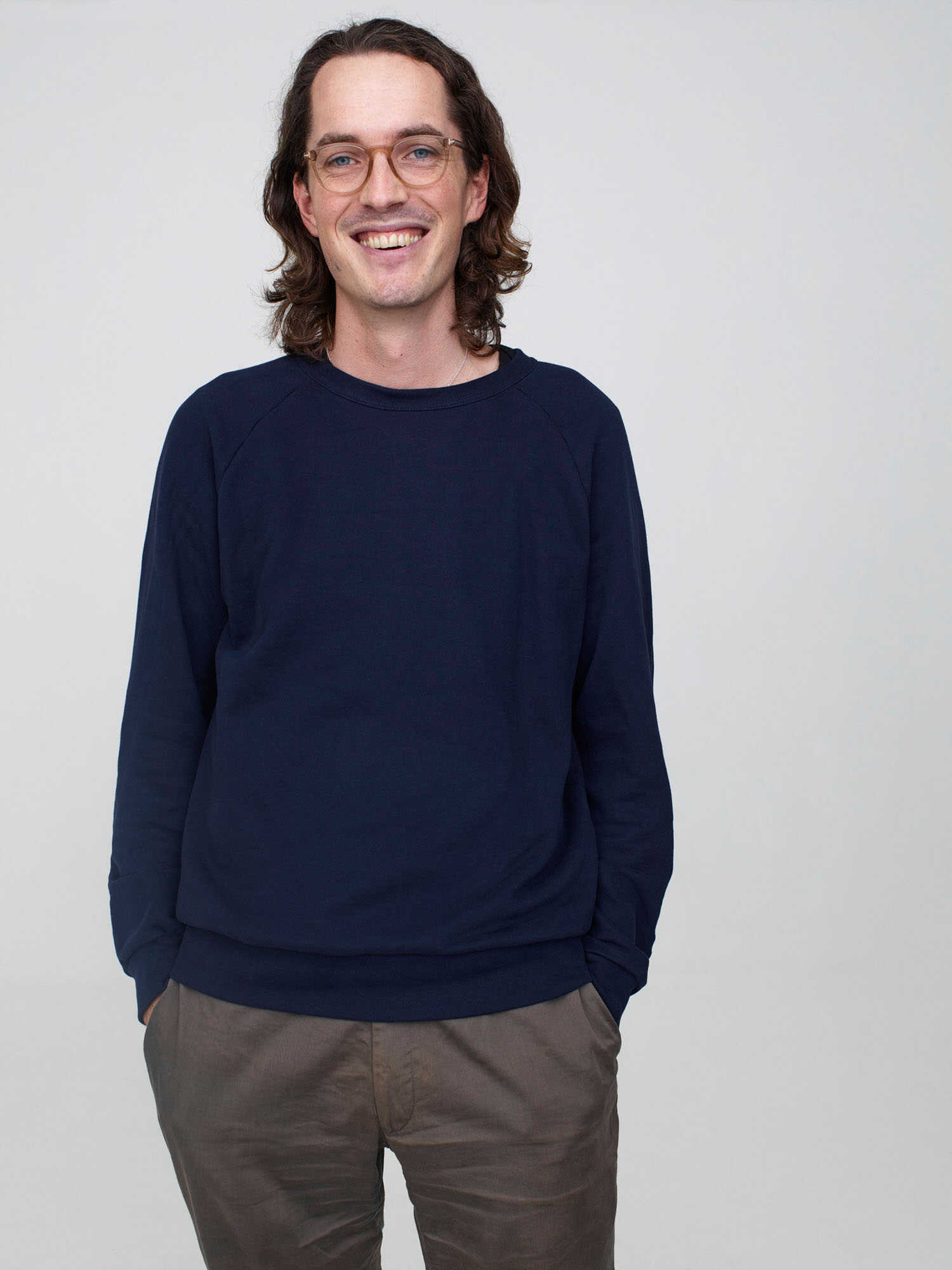 Filip spent eight years in different roles at Nordea driving change. Working closely with many entrepreneurs as a client executive at the Startup & Growth bransch, he realized he wanted to get closer. Now he is as close as he can be. 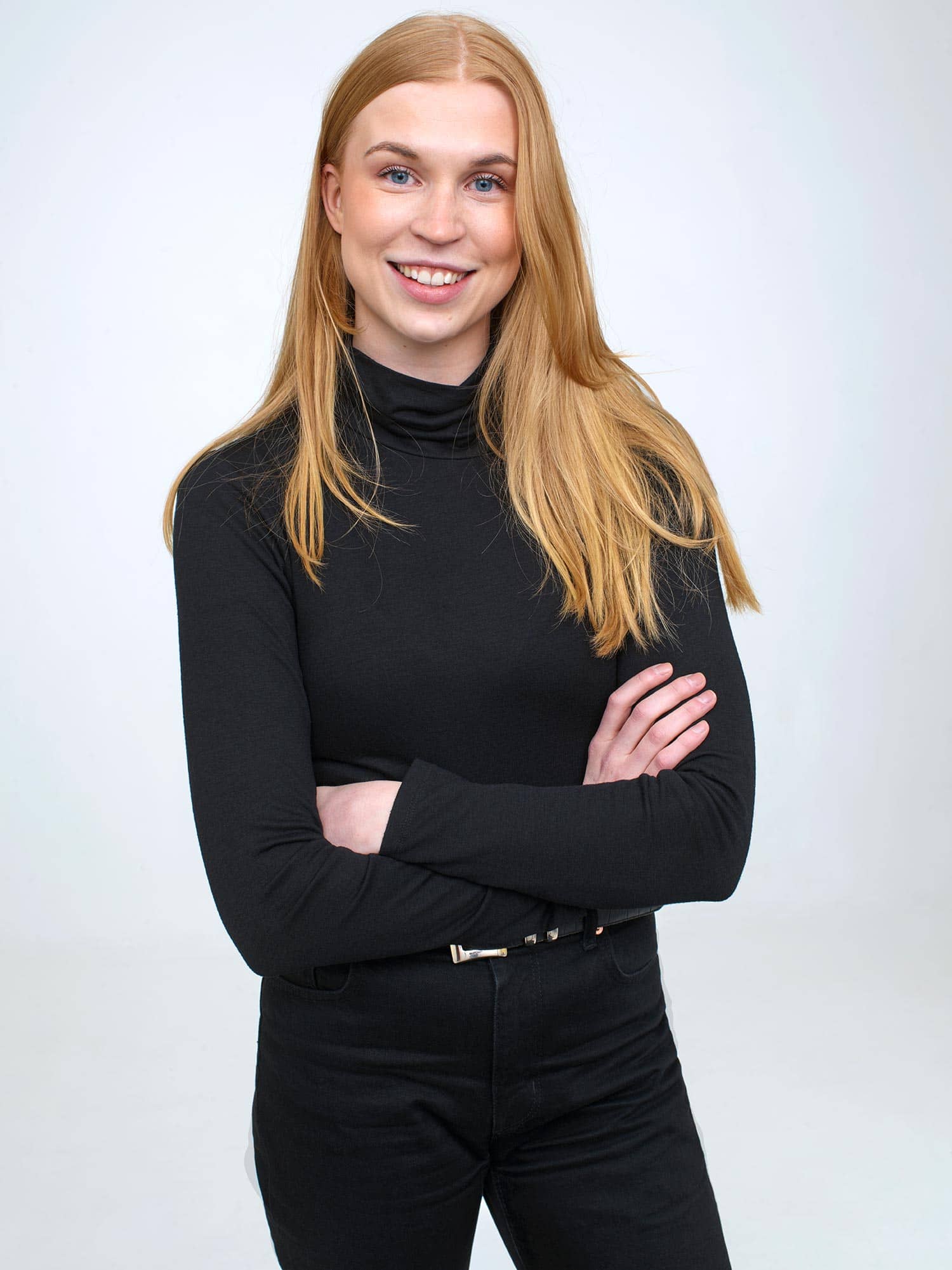 Maria studied industrial engineering & management, and earned a M.Sc in financial mathematics from KTH, but equally interesting is the school she joined next – the tech startup Anyfin. While exploring doing a little bit of everything, she excelled as an explorer of data – finding unseen analyzes and hidden insights. In order to explain her findings, Maria grew into the sharp and rare storyteller she is today. Our own author of success stories! 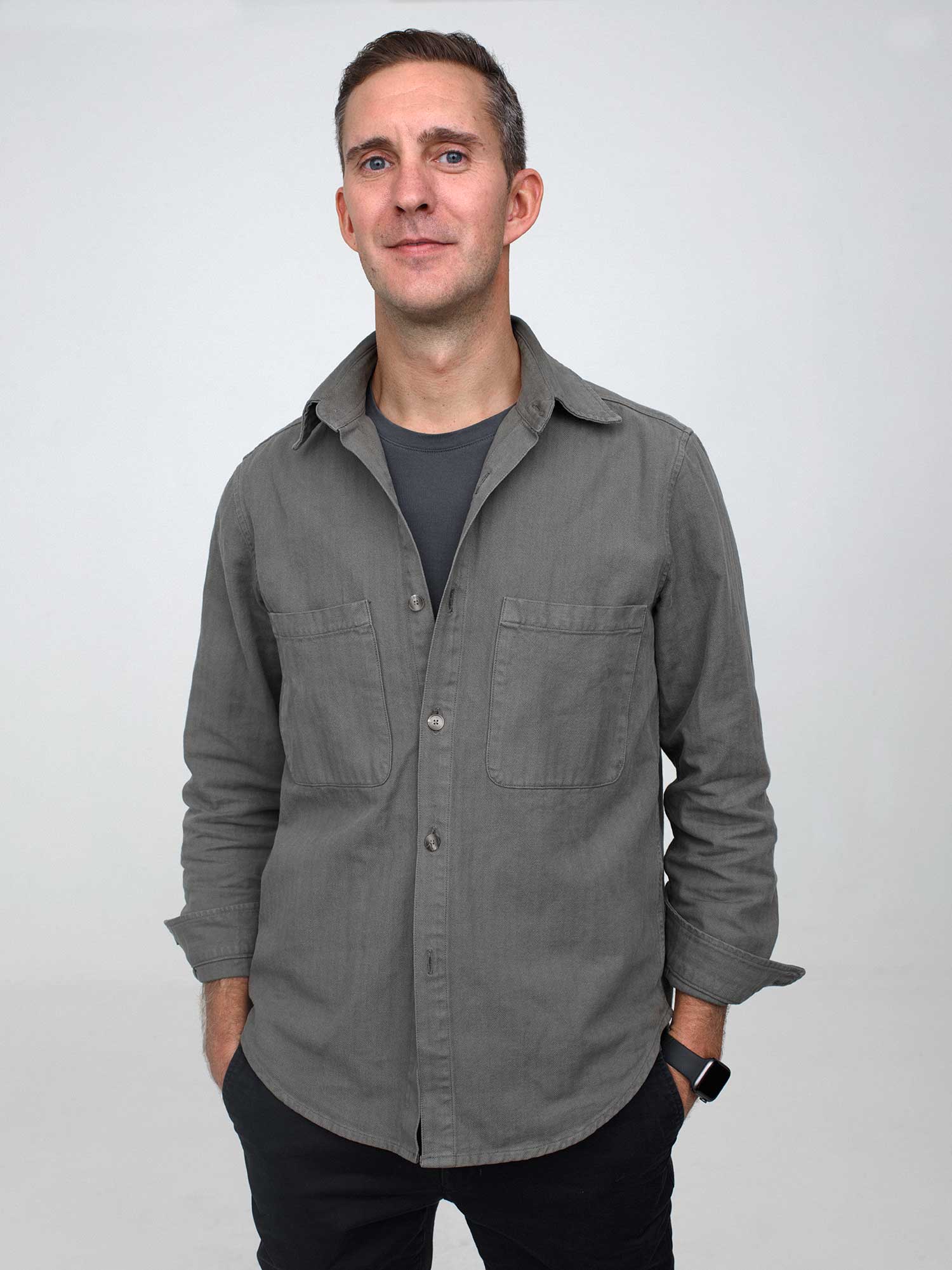 Imagine someone who loves credit facility agreements and excel models as much as he loves people. We have one. And if you are here, you might know Fredrik. As a co-founder of Nordea Startup & Growth he got to know hundreds of founders. If you don’t know him – Call him! 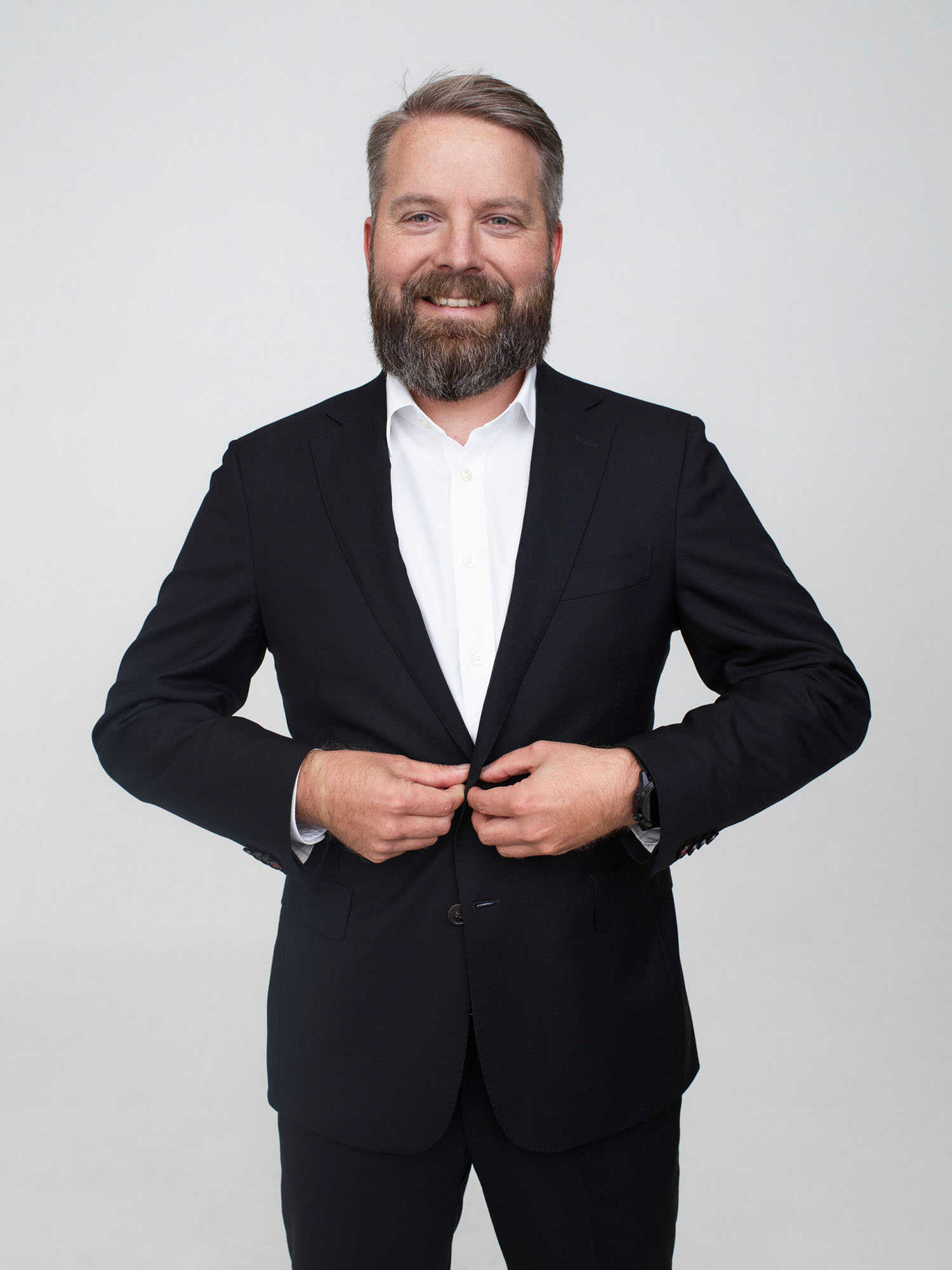 Before Ark, Anders was a Director at Nordea Corporate Advisory where he coordinated leverage finance and corporate debt transactions. His 14 years of crafting debt deals made him a master of making the complex understandable. 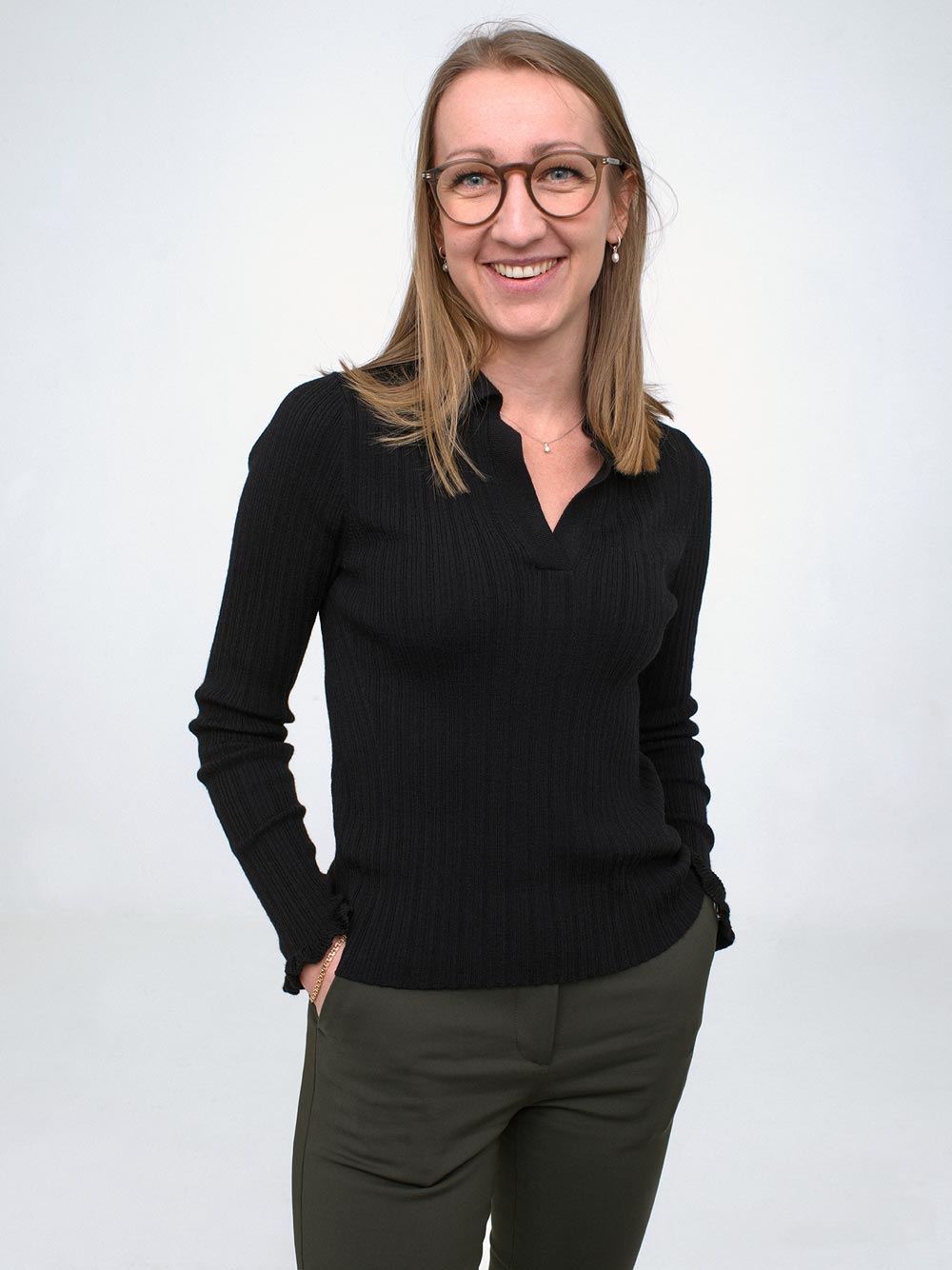 After writing her Master thesis at Fishbrain and earning her M.Sc in Industrial Management at KTH Sophie joined Klarna to build their payment methods and loyalty program in the US. Considering Sophie is often called the smartest person in any room, we hope we can earn her loyalty for many years to come, helping us develop AIM and enabling tech companies to grow smarter. 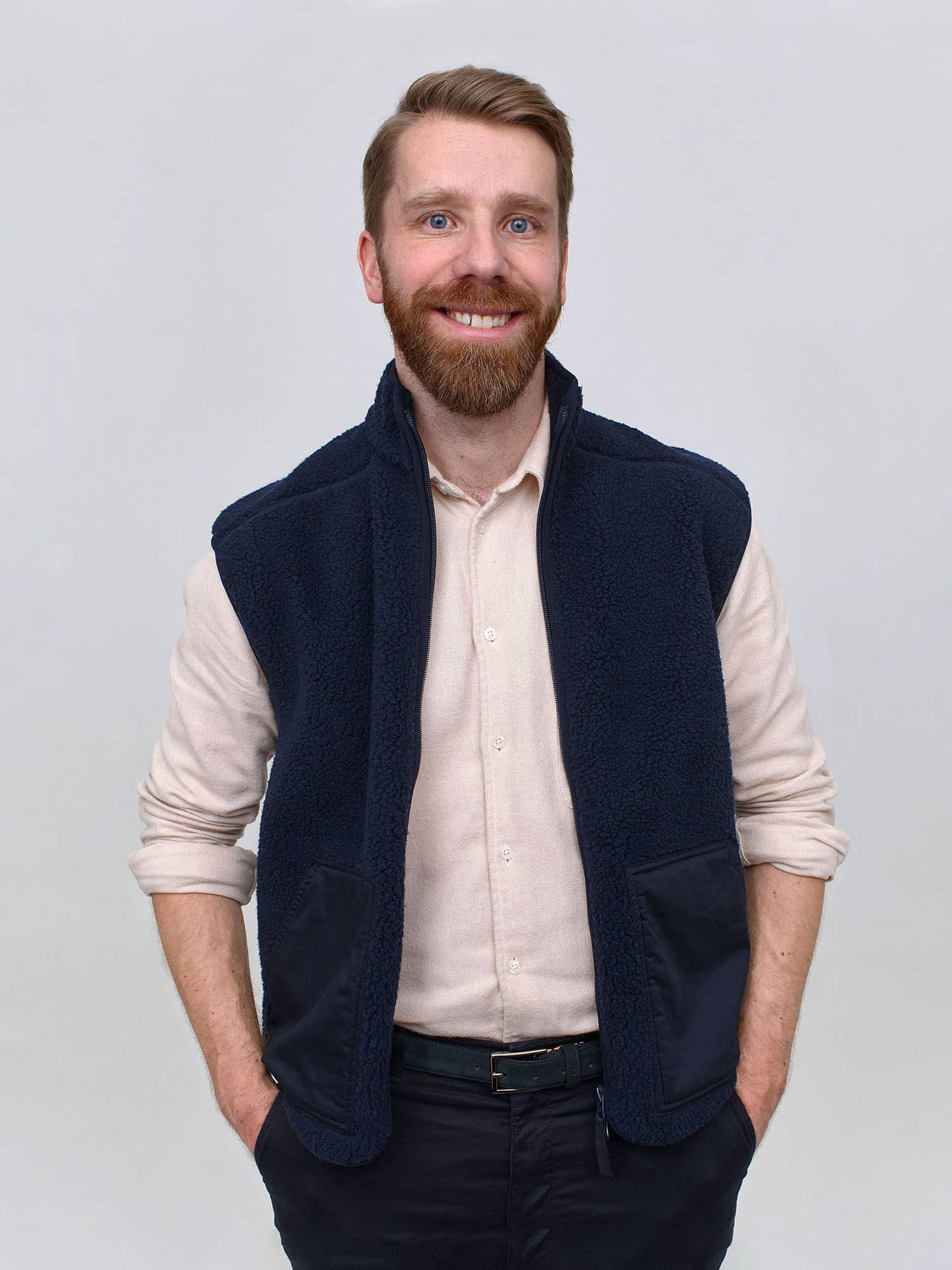 If we could tailor-make a person to perfectly fit our team of debt structuring professionals - Oskar would be the result. His background in early stage VC, direct lending and M&A from companies like Almi Invest, Nest Capital/CapMan and Nordea, makes him perfect for crafting financing solutions for fast growing tech-companies. Entrepreneur-first. First and always. 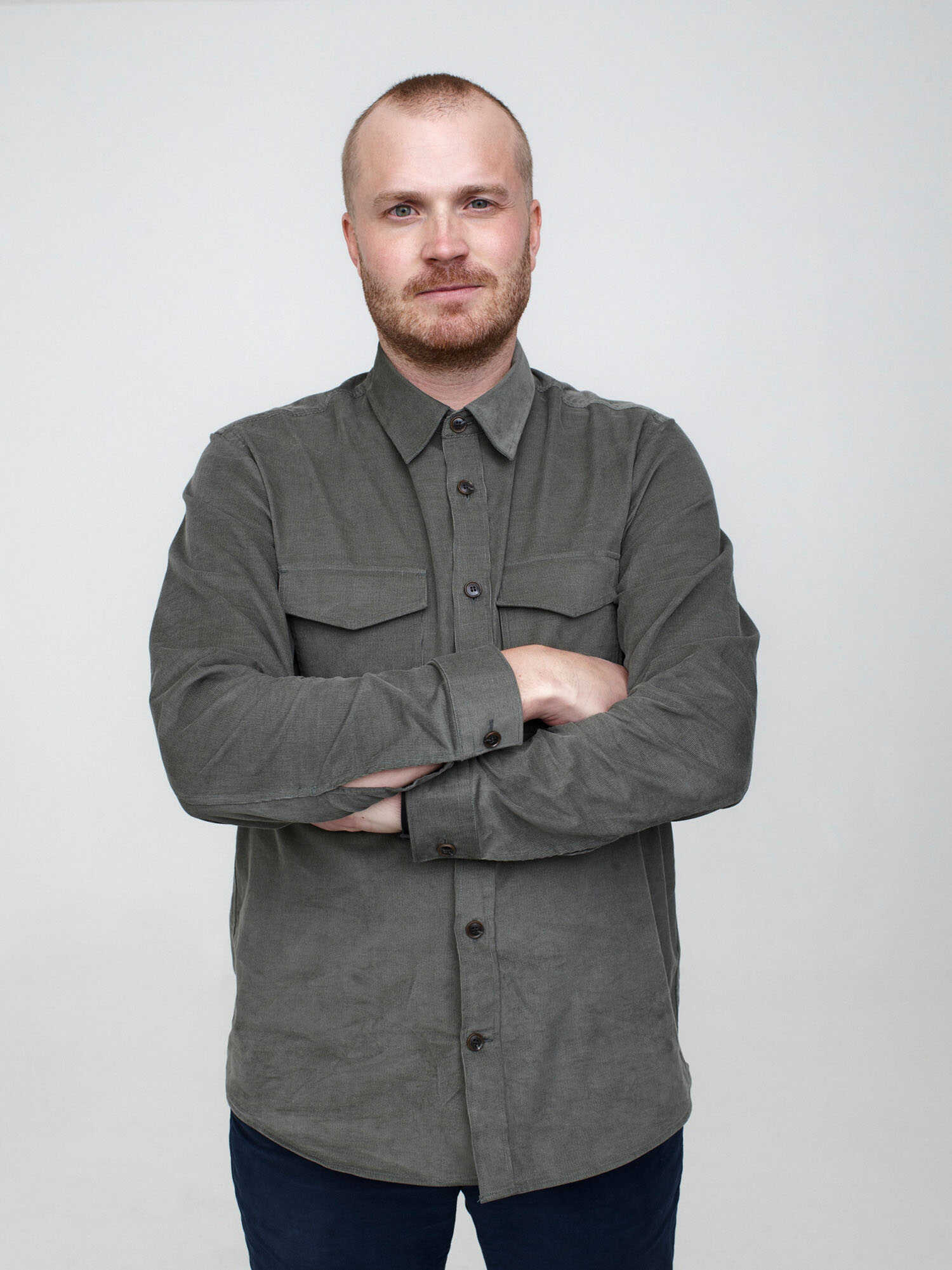 If you studied business design & management or industrial engineering at Chalmers University of Tech, it’s likely that you dream of working at a place like Google, Spotify or a cool start-up like Tink. Jens did all of the above. Now he is with us, and we can’t imagine a better Head of Analytics. 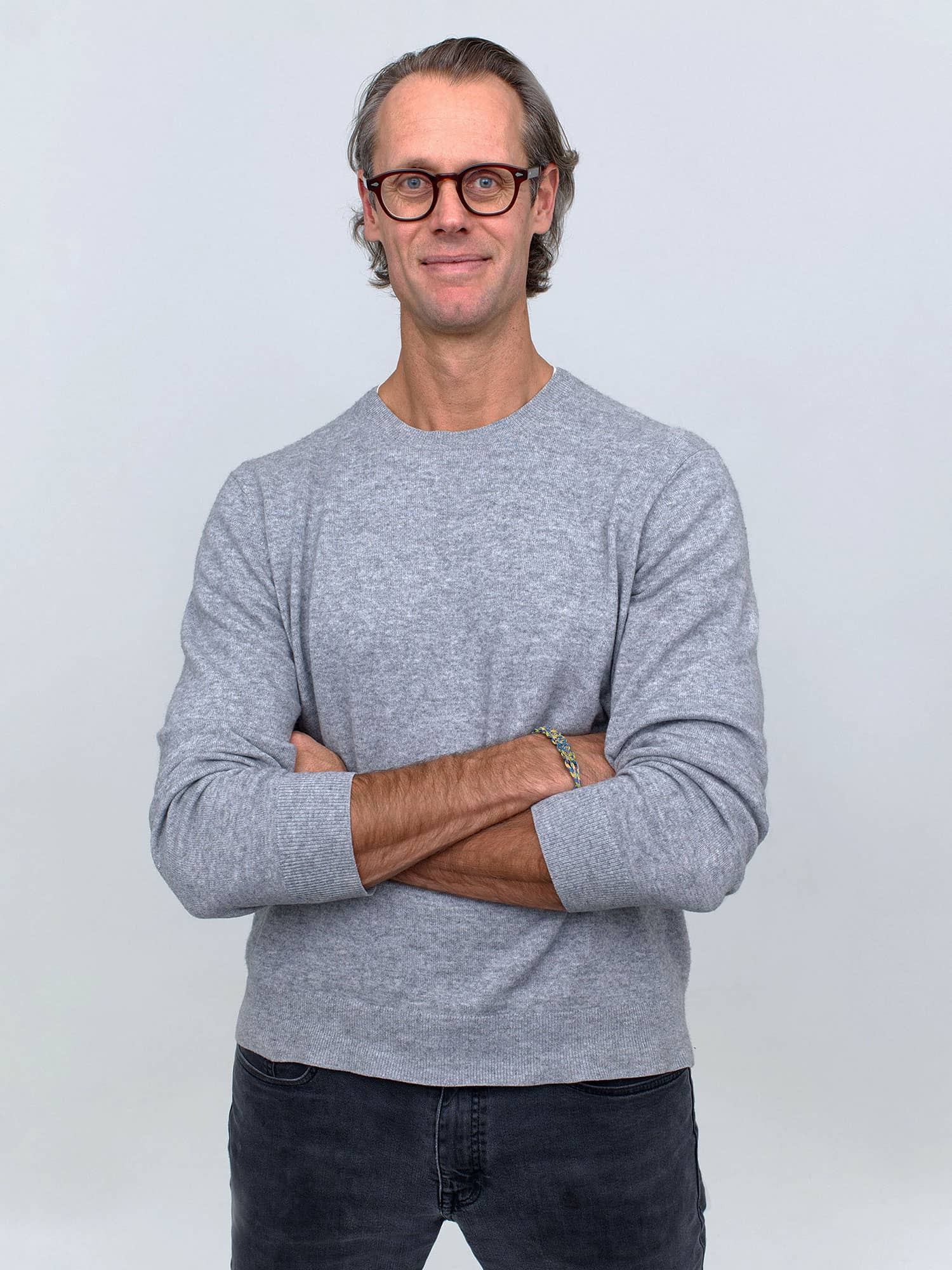 Jacob did something most entrepreneurs dream of. No, it’s not about a billion dollar exit. It’s about changing the world for the better. Jacob did it by helping millions of small businesses around the world, to run and grow their companies. We are very proud to say he’s now helping ArK. 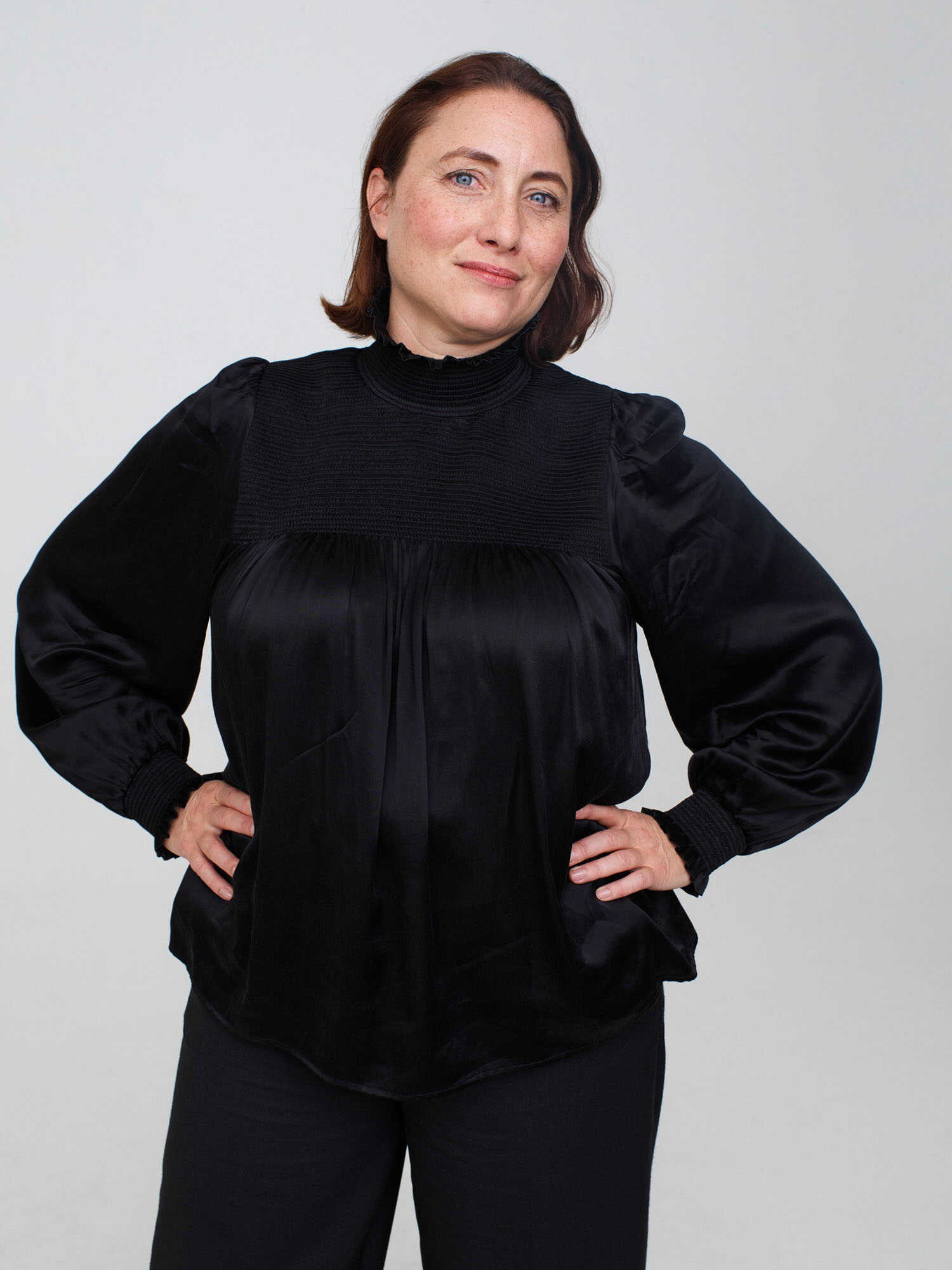 Gabriella is not like most board members whom earns a spot after years of success. She was first elected to a board straight out of school. As a co-founder of Proventus Capital Partners she knows a whole lot about entrepreneurship and everything about making innovative loans. A dream board member! 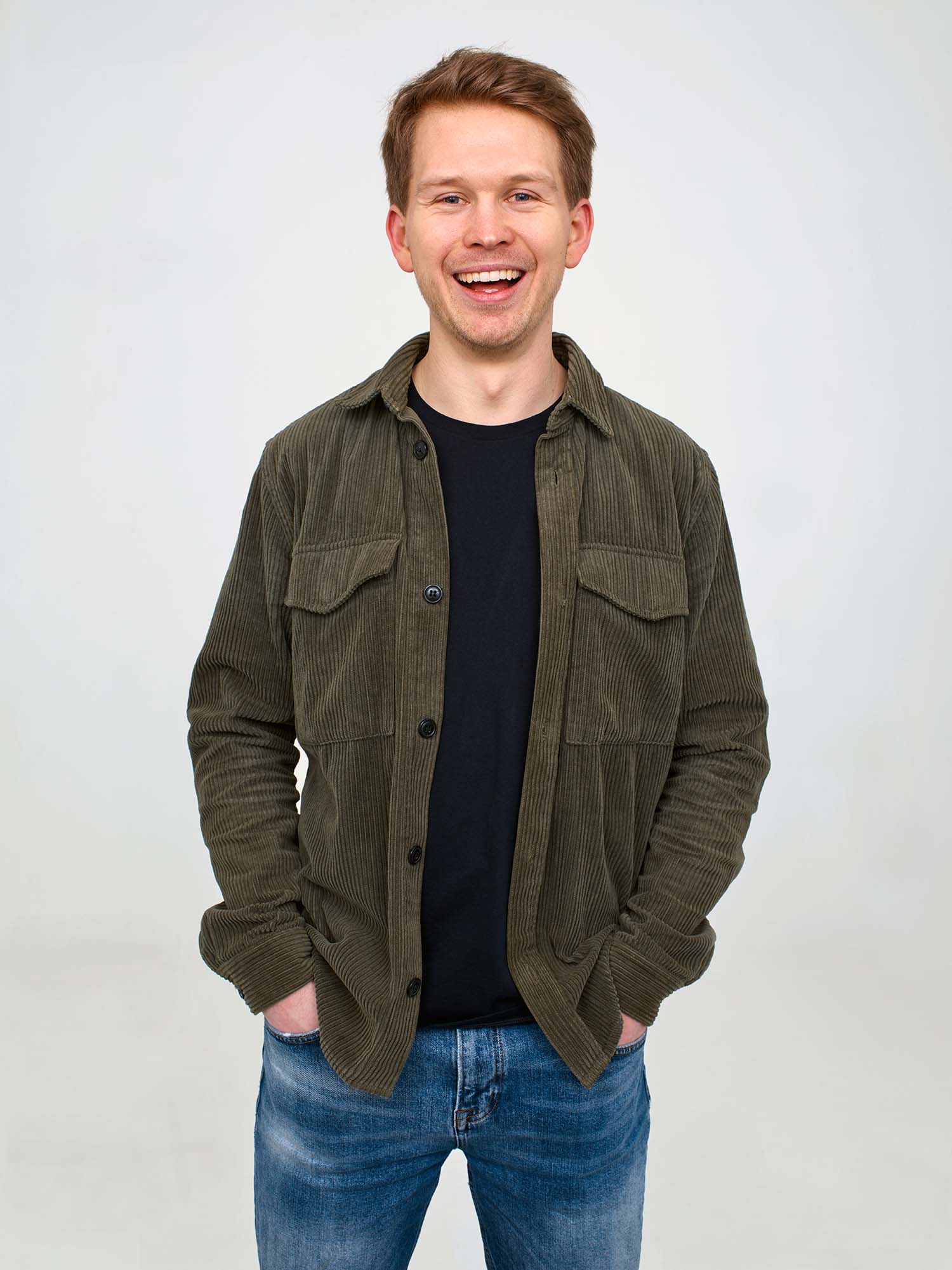 After earning his MS.s at LTH, Johan was recruited to Anyfin as a data scientist. He was among the first ten, and has been a crucial part of their success up to recently. Johan is unique (except he has a twin brother) – he’s learning by getting lost, challenge himself with math and he’s relaxing by climbing steep rock walls. Let’s just say we’re happy to have him with us at the frontier. 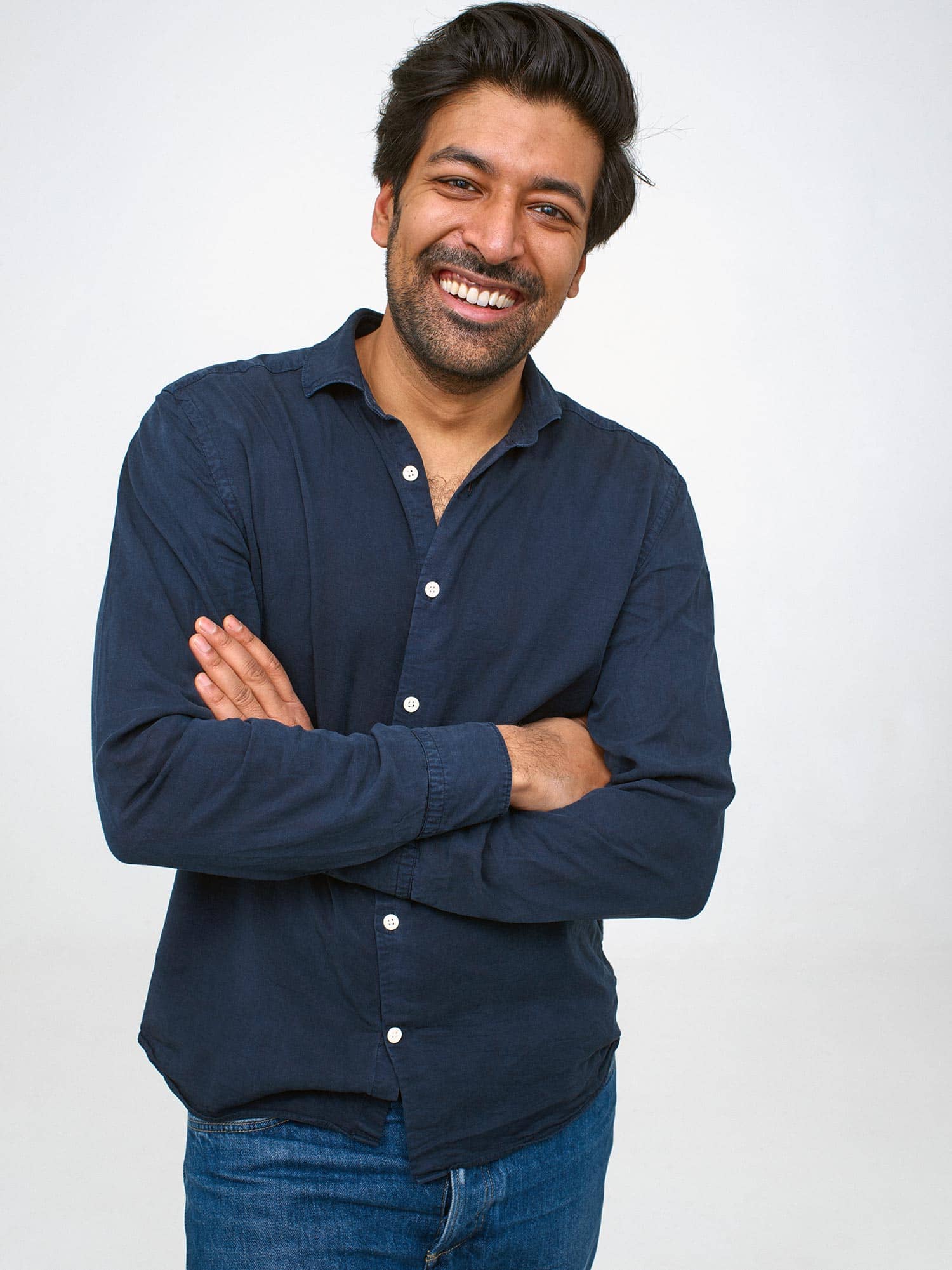 Akash was like no other kids. He still played with robots when he was 17.  Only he did it at KTH while earning an MS.c in Robotics and autonomous systems specializing in machine learning. He became part of the early Motherbrain team at EQT,  built the data & analytics team and platform from ground up at Hedvig, and now he’s with us. Akash is like no other,  but neither are any of our customers, so we are very happy to have him. 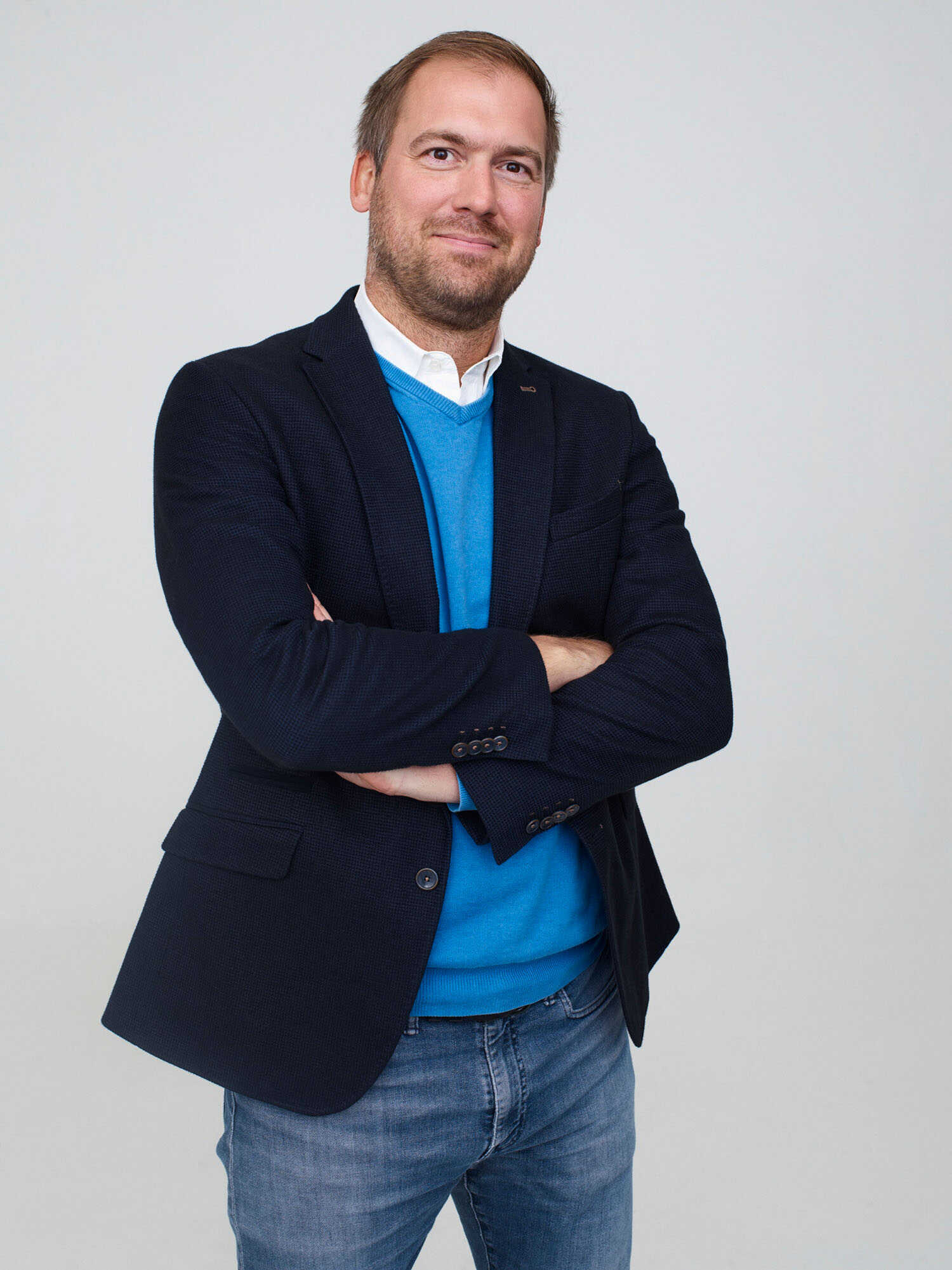 Johan knows a few things about financing at full speed ahead. Before he was CFO at fast racing Bolt he was Head of Treasury at Spotify. After years of accelerating he knows first hand about the potholes and possibilities of company funding. 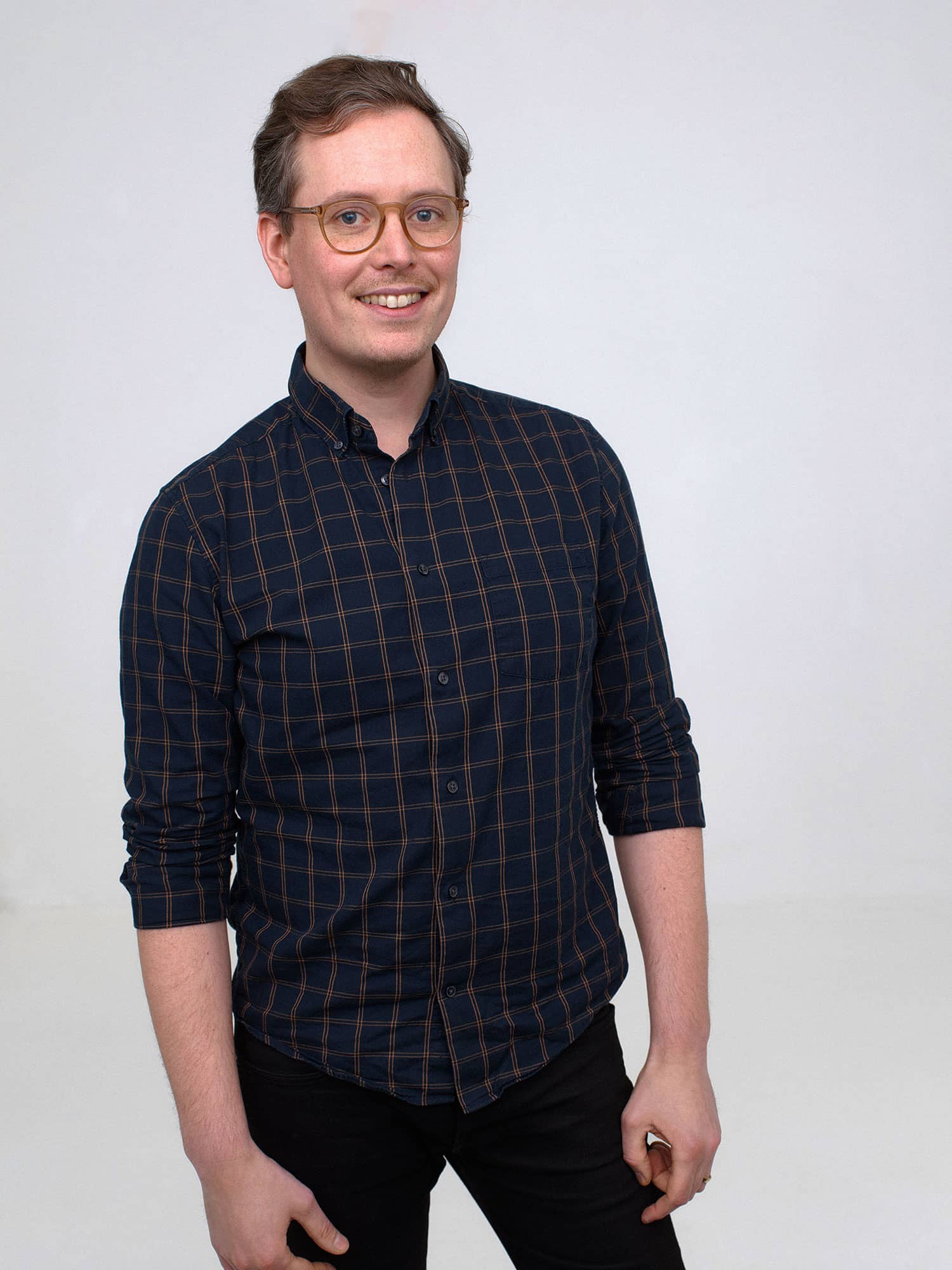 For most people data is something abstract. For Arvid it’s more like Lego. Bits and pieces that should be put together and put to work. He’s the one who understand how to make your data make a difference. He did it at media powerhouse Bonnier and Spotify. Now he’s with us, and at your service. 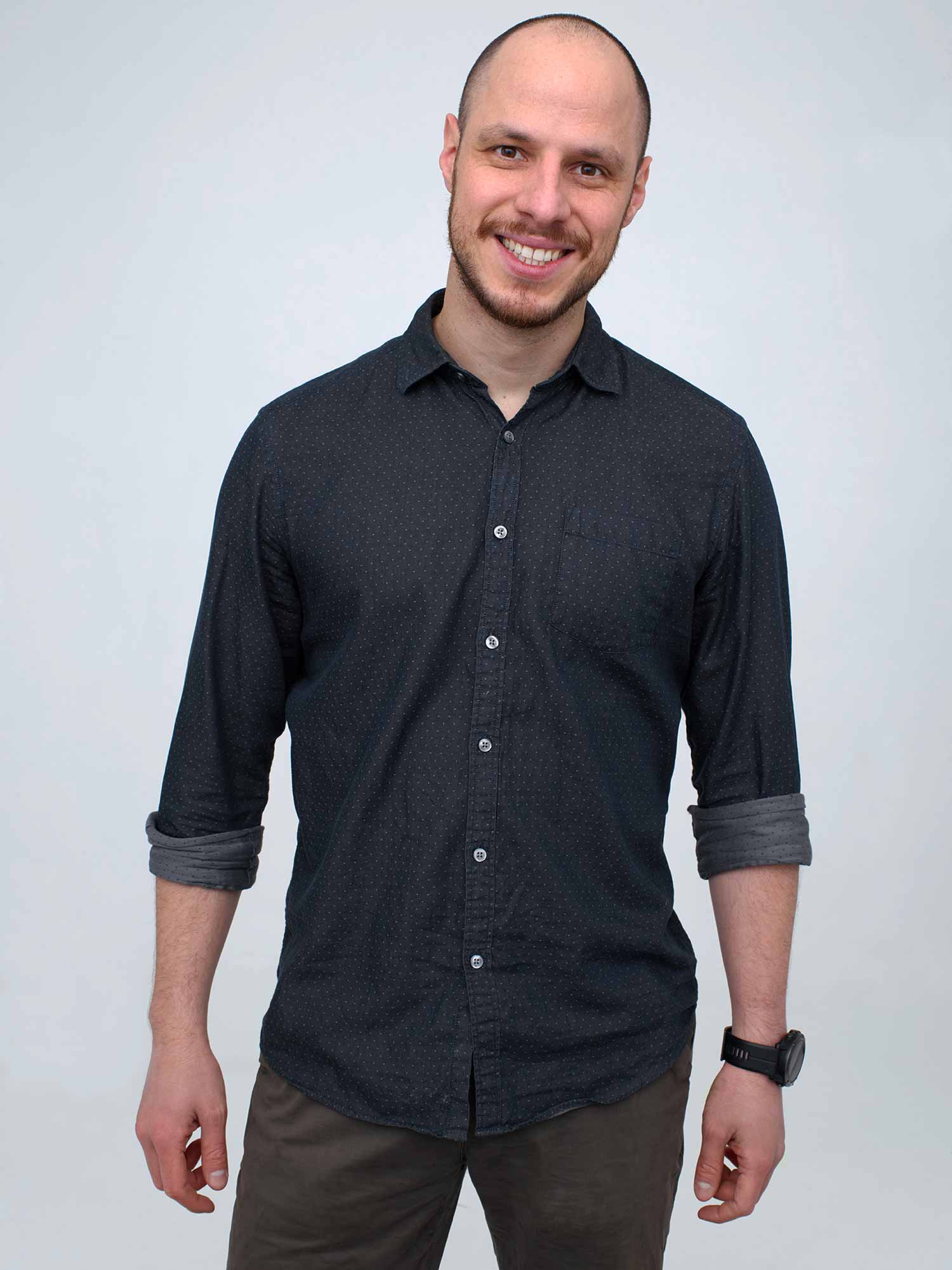 Marin makes it all sounds so easy, he says; complex UX is all about great storytelling. But he has a Master of Social Science in Human Computer Interaction. And a BA in computer science. And several years of experience from leading the UX team at podcast platform Acast. So easy for him to say, and great for us! 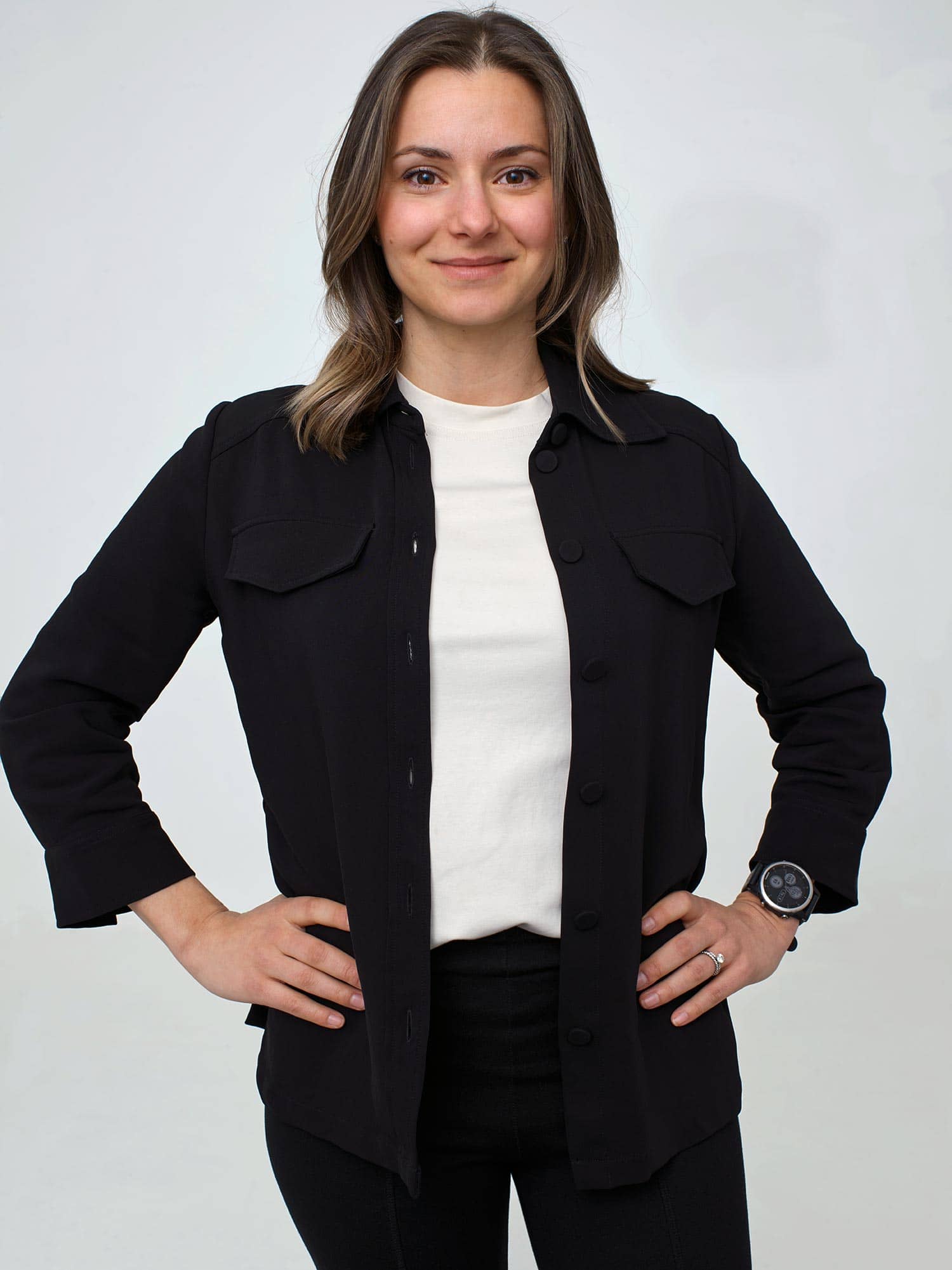 After Alexandra earned a Master of Laws in Uppsala, she spent many years at White & Case as a lawyer specializing in banking and finance. Some would argue this to be the most structured and rule-driven (read: square) profession ever. But Alexandra has a very curious mindset and she’s experienced with cross boarder finance so we can’t imagine anyone better suited to help us break new ground, and find new (less square) financial solutions. 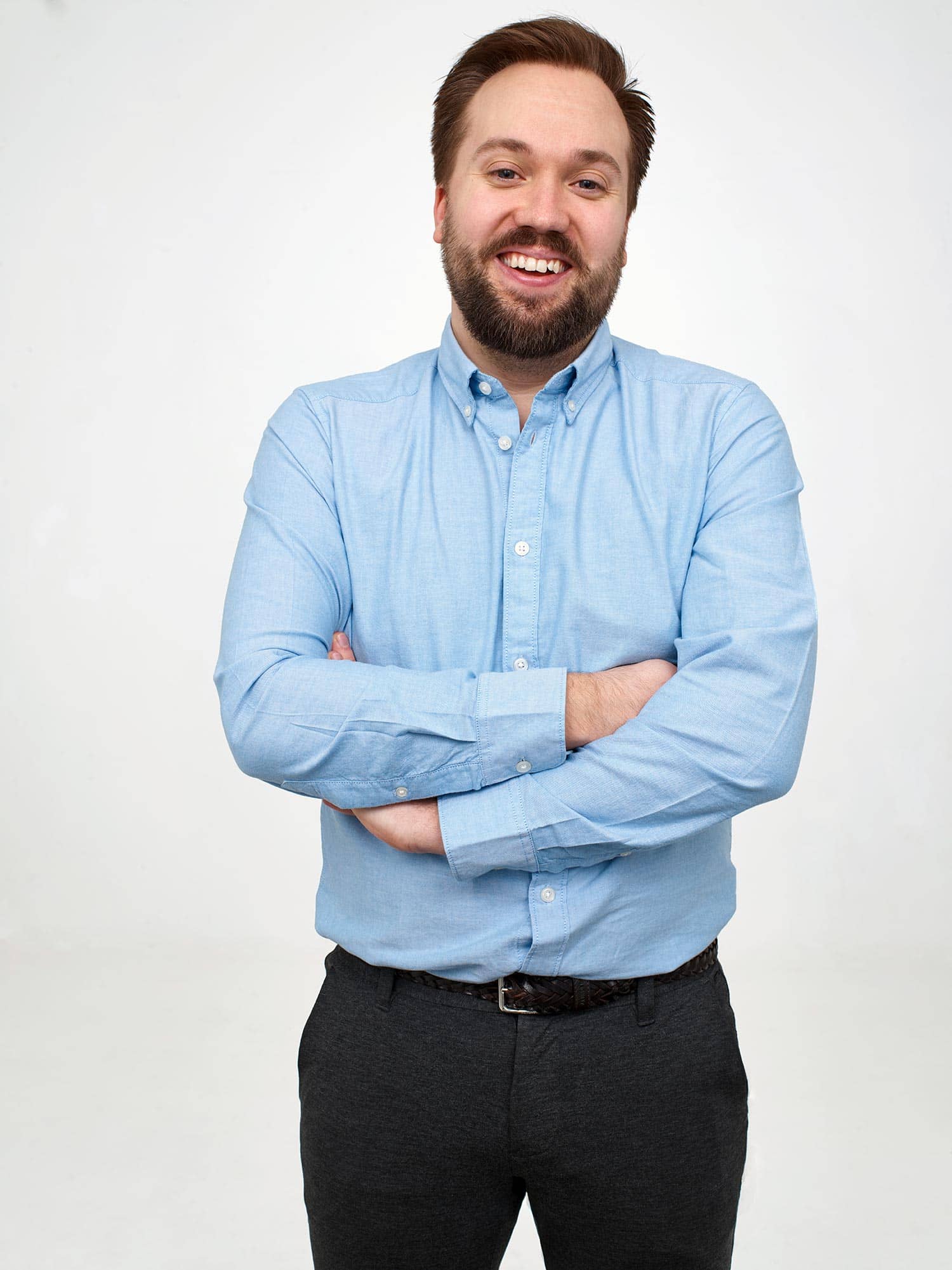 Marcus holds a MSc in Corporate and Financial Mgmt from LU, and has structured leverage finance & corporate debt transactions at Nordea for many years. But it’s not his experience and impressive skill-set that we value most - it’s his mindset. The open, creative and very problem-solving kind of mindset we need to craft true precision financing for entrepreneurs. 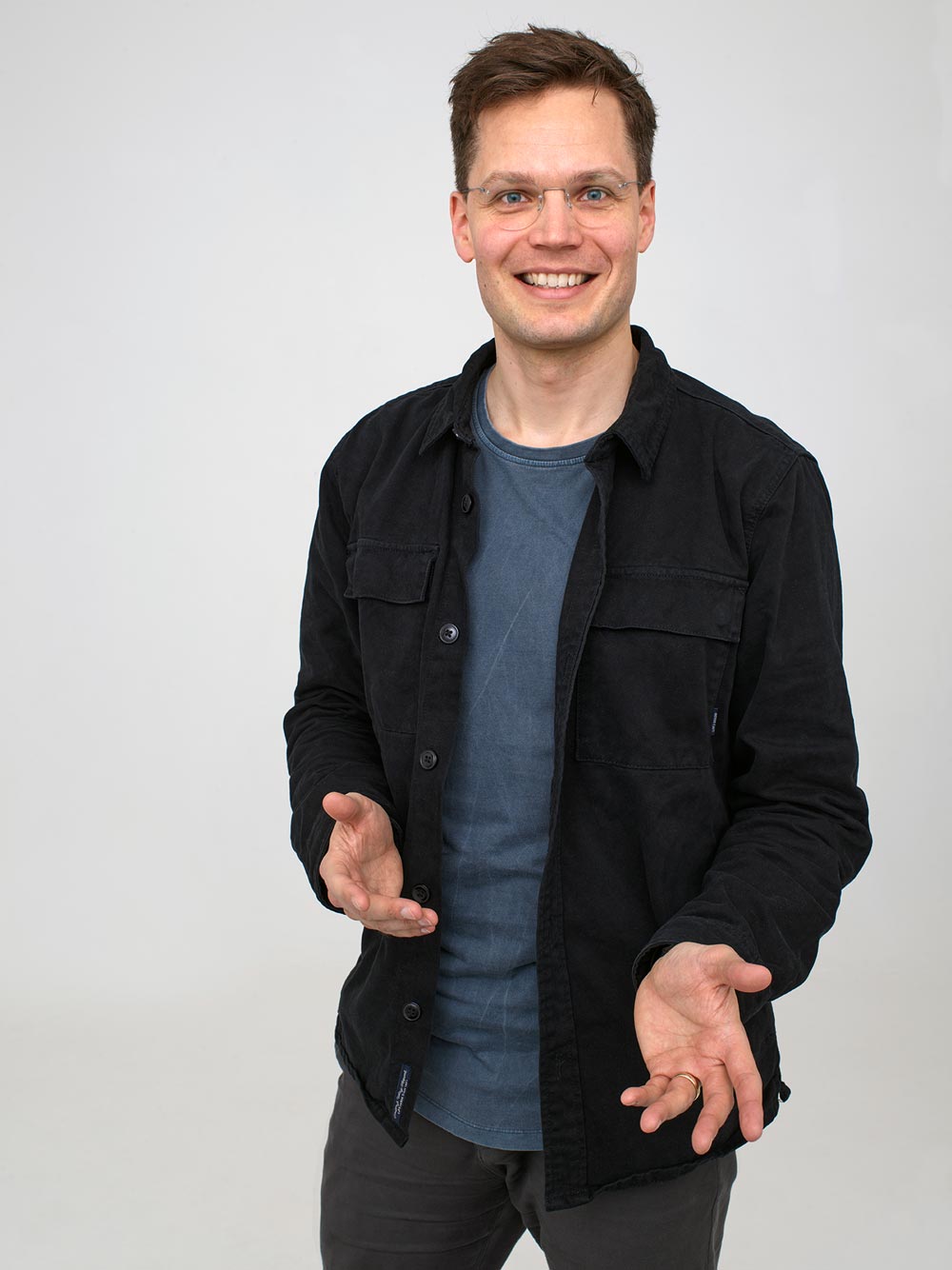 Evolving from corporate banking, Kim is now a true tech banker. He earned an MSc in business development, parallel to being a frontrunner in nurturing the Danish venture debt space. We are confident and proud to have Kim lead us to space. Starting with Denmark. 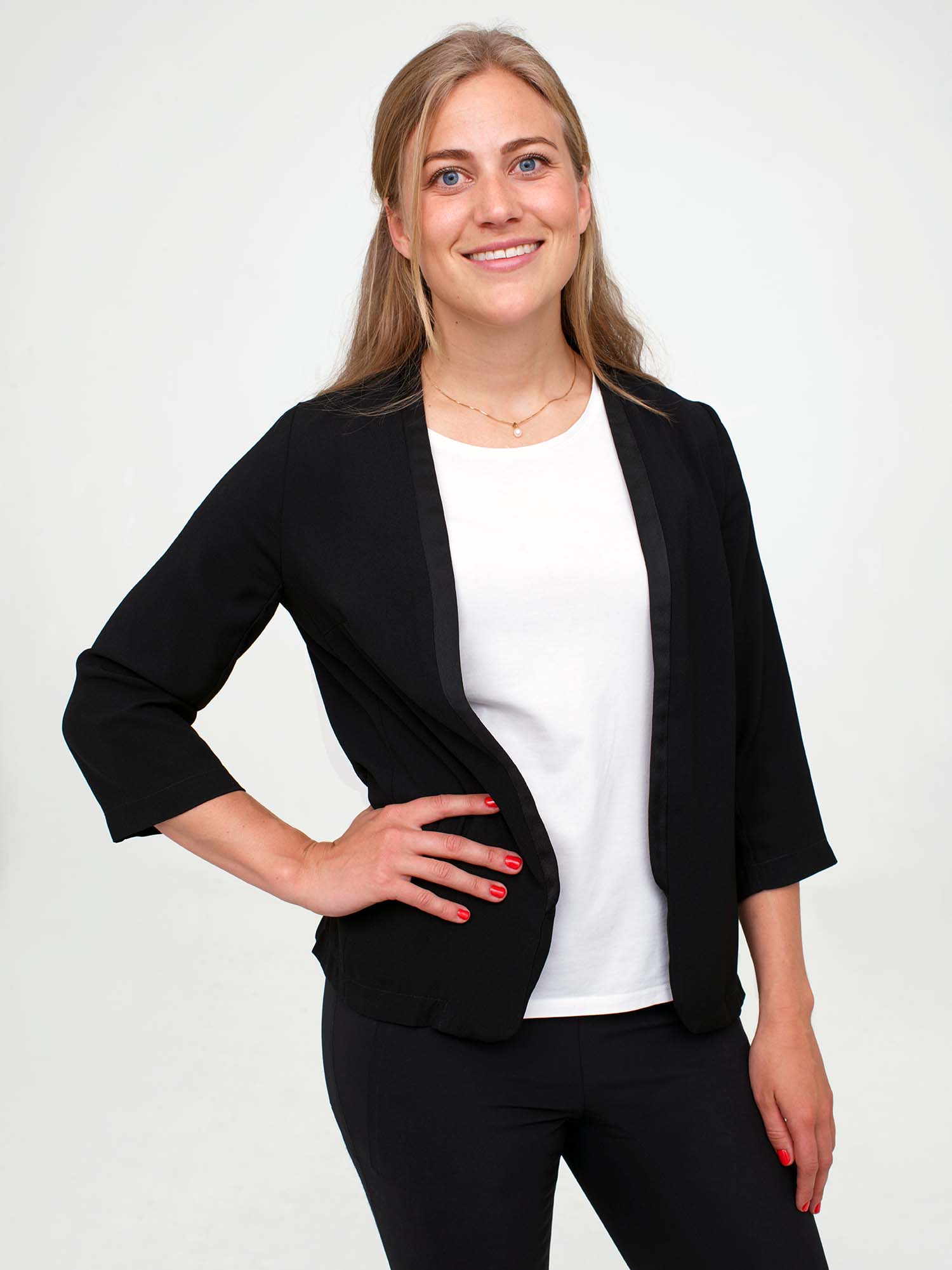 Caroline has a MS.c in business and spent 6 years at Nordea in different roles like credit structuring, credit analysis and customer relationship management before joining ArK. And (thinking) different, is a key asset when describing Caroline – She is one of those hyper constructive and positive team players we need to find new, different ways to the future of financing.

Nikolaj basically grew up in a bank. That's where he got his education and his best friends were the entrepreneurs he mainly worked with. After leaving “home” he spent 5 years at Vækstfonden (The Danish Investment Fund) helping more than a hundred tech entrepreneurs to grow. We are super proud that he’s now our friend (and client executive), his experience and his vast knowledge will help both ArK and our customers to grow smarter.

Imagine anything – if anything was possible and everything was doable. As a founder of Embark Studios and the former Head of Studios at EA, Patrick is a creator of worlds, so all that is true for him. Very few people are more valuable for us when we are working to reimagine funding.

ArK is based in Stockholm, Sweden, a home we share with thousands of entrepreneurs and a herd of unicorns. Our vision will take us to whatever country that needs us, starting with Europe. Please sign up for our waitlist and we will keep you in the loop. See you soon!‍

This website uses essential cookies and other similar technologies in order to ensure the proper functioning of this website. More information about how we use cookies can be found at arkkapital.com/cookiepolicy. Please, confirm whether you give your consent for the use of cookies or not on this website by choosing one of the alternatives: